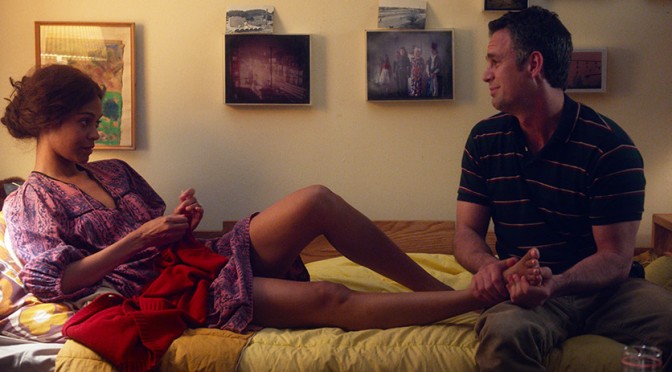 Forget about the perfect family, the one in which a child grows up without problems, where both mum and dad have a job and nobody suffers from some kind of disease, whether it is physiological or pathological. The world of Cam (Mark Ruffalo) is that of a man, father and husband, who had a nervous breakdown. After this event, he was diagnosed with maniac depression, in other words a bipolar disorder. It is 1978, and the Stuart family is left alone dealing with this illness. Maggie (Zoe Saldana), Cam’s wife, has all the responsibility on her shoulders, as she has to work hard and take care of their two little girls. However, the family will have to face more problems. 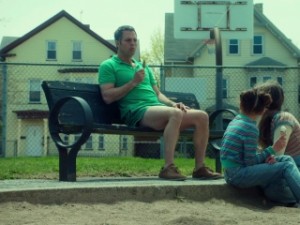 When Cam is hospitalized in a clinic, Maggie moves in a little apartment in the city with their four daughters, leaving their cottage close to nature, though it will not be a real solution for the family. What kind of future can Maggie and Cam assure to their children? Something has to change! One way would be for Maggie to accept a scholarship to continue her economics studies in New York, but it involves some risk. However, she accepts, causing Faith and Amelia to live in Boston with their father. The film tells what happens during the 18 months in which this unpredictable father tries everything to take care of his daughters. At the same time, the two girls also do their best to help their father. 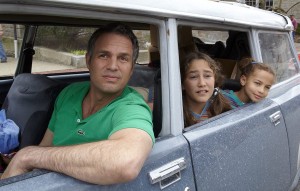 This film draws its inspiration from the director’s Maya Forbes childhood. It tells many events of her past with a bittersweet flavor, but also a little irony and carelessness. The director herself declared that her aim was to make the viewer think in a funny way of some problems that may arise from similar situations. No special effects or personal shooting techniques have been used in this film, as it is based on a simple representation of images and the framings follow characters through the story, without omitting any event. Two sequences are particularly funny, as they attempt to parody Stanley Kubrick’s Shining.

The characters played by Mark Buffalo and Zoe Saldana are a good match, but Mark Ruffalo’s performance in particular is one of his best. He received little appreciation in the international cinematography as an actor, but in this film he is strong, determined and overall faultless. He identifies strongly with his own weird character, who succeeds in demonstrating his love for his wife and his daughters as well as his desire to change his life and become a better man. This is a very interesting and moving film; it makes you think and it is funny, too.