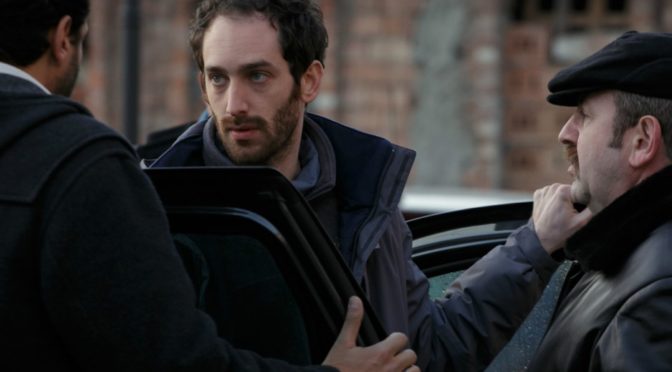 Fixeur is a film about a moral issue: how far can a journalist investigate? And how much information can the press show?

“Fixeur” is a journalist who, when dealing with a big shot, prefers not to write an article personally, and instead he becomes an intermediary for another, more famous, foreign journalist, in order to increase his profit and prestige. That’s what Radu (Tudor Istodor) does; he’s a wannabe journalist who, in order to establish himself, is willing to trample on ethical principles, looking for a girl who has been victim of child prostitution trade, who has been repatriated from Paris where she worked as a prostitute and now she has denounced who had kidnapped and exploited her.

Sitaru has a less “heavy” and dramatic approach to the story than Ilegitim (film shot in parallel to this one). The language is conventional, but there are some elements typical of the Rumanian director’s language and style, such as the use of the zoom.

At different times, the irony attempts to tone down the expressive tones of the film. For instance, there is a sequence in which the main characters are fascinated by the beauty of rural Rumania and are filming the countryside while two farmers are shovelling cow dung watching in the camera.

In this film, we can find the themes that are important to Sitaru, such as the relationship between different generations, physical and psychological violence, harassment and abuse. At the end, the protagonist is redeemed, apparently not thanks to a sincere admission of guilt, but because of the passing of time and the establishing of different points of view.