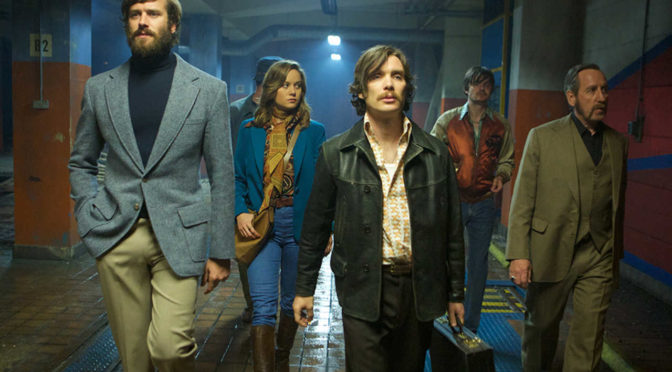 After High Rise, cryptic adaptation of James G. Ballard’s novel shown at the 33rd TFF, Ben Wheatley is back in town with Free Fire, a show-off, Tarantino-style movie that shamelessly tries to captivate the audience with alluring tricks. We are in 1970; the plot takes place in a single night, inside an abandoned factory in Massachusetts, where an odd bunch of awkward characters gathers to finalize a weapon deal. The ten traffickers are split into two opposing sides, even though it is not difficult to guess that each one hides their own private interest, thus making the already fragile alliances unpredictable. After a preamble right outside the factory, as soon as the cases full of rifles are delivered, the tension increases to the maximum. A tiny spark is enough to start an endless fire, the armed conflict being the scope of the movie. The outstanding cast (Cillian Murphy, Brie Larson, Michael Smiley, Armie Hammer and Sharlto Copley) must crawl, roll, scream, get punched and shot to the bitter end, burn, bleed, without ever abandoning the slight comic patina made of edgy jokes, which are thrown and returned exactly like gunshots. The many characters are literally die-hard: as in cartoons, their bodies can stand any kind of violence without giving up fighting and trash talking.

But Free Fire aims too high. After a promising, high-tension beginning, from the first gunshot onwards the movie implodes in a buildup of stereotypes and repetitive actions. The comic quality and wit of the jokes, some of which are in fact memorable, is flooded by a heavy rain shower of stray bullets and fickle characters who cannot decide where to stand. In action movies, especially in the shooter subgenre, drawing a well-defined geography of the battlefield is paramount, even more so if the plot is set entirely inside a warehouse. The characters themselves are confused about the overall placement of enemies and allies in the factory (several times the wrong targets are hit – insults and apologies follow) but this fact does not justify the degree of confusion the director induces in the viewer. Representing a chaotic guerrilla does not necessarily mean to put the spectator in the same condition of the protagonists. After a generous mayhem shooting, which lasts more than an hour, the result is that moviegoers give up guessing who’s shooting and who’s being shot, as there aren’t enough clues to even try doing it. 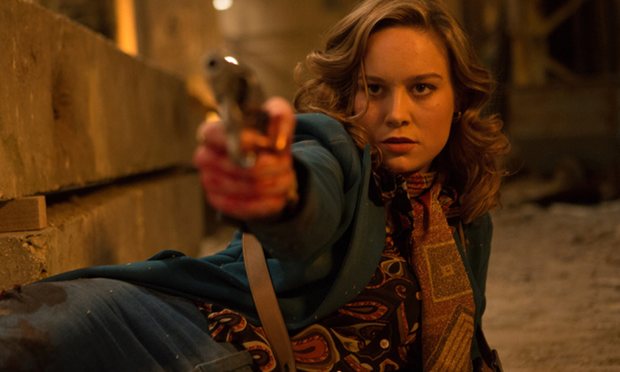 Despite the movie winking at Tarantino, Peckinpah and Scorsese (who is executive producer), unfortunately, Free Fire never takes off. It remains stuck in the same factory where the whole action takes place and never manages to gain the cult-movie effect that other action films were able to obtain without so much effort.