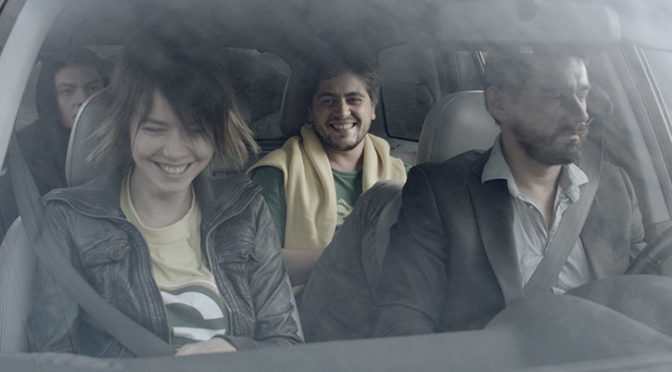 Ilegitim is a film directed by the Romanian filmmaker Adrian Sitaru, it was presented at Berlin Film Festival and won the Golden Duke at Odessa Film Festival. The film portrays with great sensitivity the subject of incest between twin brother and sister.

The movie, a collective and domestic drama, revolves around Victor, a widowed doctor with a lumbering past as an antiabortionist whistle-blower during the dictatorship. A severe guilt that breaks the family apart when, during a dinner, the truth emerges: Victor allegedly impeded many abortions in order to uphold both the law and personal ethical beliefs.

The father, left alone to bear the weight of old Romania, is played by one of the most talented contemporary Romanian actors, Adrian Titieni, protagonist of the latest film by Cristian Mungiu “Graduation”. The generational contrast between old and new Romania, is in fact the fil rouge that ties together the works of many authors of contemporary Romanian cinema, that often deals with the subject of the relationship between father and children and political and ideological incomprehension between who lived the reality of socialist Romania and who, being born after Ceausescu’s downfall, could only hear of it.

In addition to the father’s fault, the family has kept another secret hidden for a long time: the incestuous relationship between the twins Sasha and Romeo.

The dramaturgic approach of the director is based on asking profound and ethical/moral questions about life, love and individual responsibilities, which deals with in his movie through a still controversial matter like abortion and incest.

Sitaru works cleverly with his actors, who were carefully selected and on whom he relies to build the entire film. The director worked with them to understand and create the characters in the best way possible. While shooting, they decided to improvise on themes and characteristics of the single scene, and in this way the director’s approach defined itself by an oblique position, a hybrid style, between documentary and fiction. It’s a narrative use of direction, rhythmically encouraged by a classical structure, that examines, with an analytical and documentational intent, the past and the moral and individual reasons of each one.

This is a great experiment by Adrian Sitaru, that demonstrates his trust in the actor and his role: he is able to build, together with the actors, a direct and precise dialectic that intervenes in the construction of the movie itself. Ilegitim is an intimate story that deals with problematic questions and where the director’s approach tries to be impartial and not judgmental. This movie needs to be discovered little by little but it can be loved deeply.