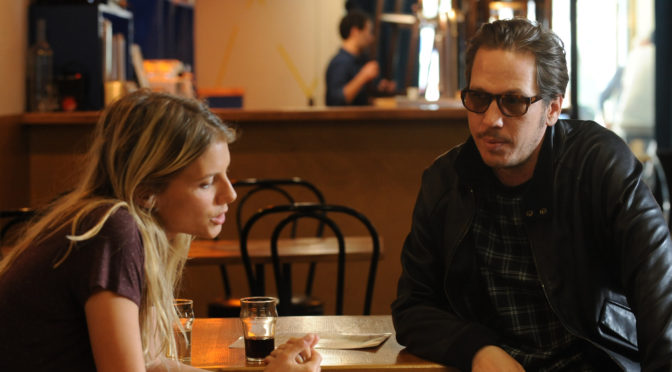 There is a city in this world that reflects the times we live in; there is a place in this city that is its metaphor. The city of Paris and its clubs: people from every walk of life, students, jailbirds, kids, transvestites, aspiring actresses, pushers and common people intertwine and meet. Everybody is looking for something, everyone hopes to get in in spite of prejudice.

The directors and ex-rappers Mohamed “Hamè” Bourokba and Ekoué Labitey are keen observers of that neon-lit reality drenched in hard liquor, and their story is set between the stench of cigarettes and lines of prohibited substances. The two directors tail with lateral tracking shots, that remind the style of the nouvelle vague, four extremely different characters: Nas, a young rebel that has just been released from prison, his brother Arezki, who’s in conflict with his roots, and then an unscrupulous businessman and a conscientious lawyer. None of them is left alone, and they’re all described with intensity, starting from strong music accompaniments, which fits the characters like sartorial suits. But these suits are full of bodies and souls, that move in the night and its artificial lights. The touch paper is turned on by an argument between the two brothers about the management of a pub at Pigalle, and the sequence of events explodes in words like trust, honesty, astuteness, balance sheet, hard work, gratitude. These are all crucial themes that could blear the only value that will never go out of business: love. Street love, toilet love, love for a faraway country and the love of an unknown friend. The movie is about this risk and the result is poetry.