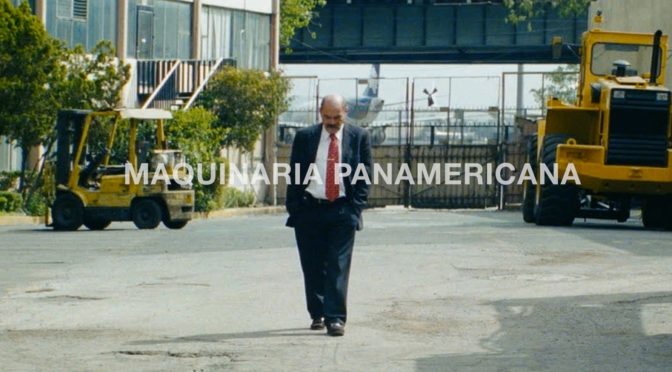 “This is the first day of the rest of your life” says a voice on the speakers. We find ourselves in an old construction machinery factory in Mexico City: all the employees work in harmony, the mood is easygoing, informal. Everything is idyllic – at least in the first ten minutes. An upsetting occurrence breaks the routine, as the beloved chief, Don Alejandro, is found lifeless in the back of the storage.

As it turns out, the company has been on the brink of bankruptcy for years, also because of the crisis in Mexican manufacturing sector, and everyone’s salary has been paid directly by Don Alejandro. At this point, workers feel very discouraged and start ruling chaos in the factory.

This very simple beginning gives young Mexican director Joaquín del Paso the opportunity to think deeply on the true complexity of contemporary society and, more in general, of human condition. The company accountant organizes a bizarre meeting on overcoming the grief and proposes a phase division, which will articulate also the film’s parts, as if we viewers were the ones to face the grief.

The chief’s death becomes the emblem of decadence, the fall of a situation the employees, and men in general, have always been used to, without wondering where all the wealth come from. This sudden lack of certainty leads to dismay: the characters close the gates and hide in the factory to mask the situation and avoid dealing with difficulties they are not familiar with.

As the hours pass, the inconclusive workmen of Maquinaria Panamericana gradually lose the hope that they can save the situation. Social rules fall apart and the most obscure and unexpected characters’ traits are revealed. Grotesque situations arise, that manage to get a bitter smile out of the viewers, who somehow empathize with this slice of life. A pleasantly entertaining movie, that deliberately leaves many questions unsolved.

As director goes, the film is based on real events that took place in Mexico City. He decided to shoot in a factory that was going to be demolished in five months and to have the ex-employees as actors, so they performed their own real life situation.