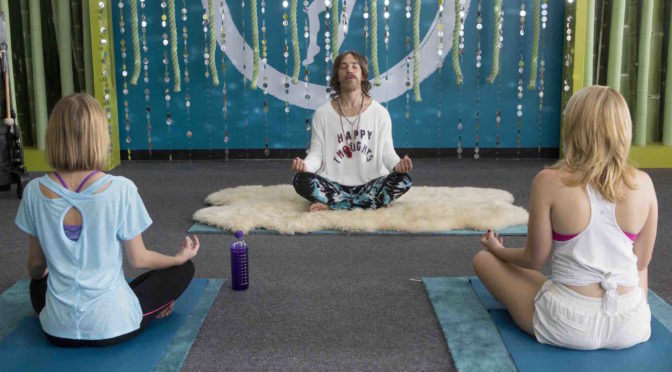 Thanks to what they have learnt in yoga class, two young girls fight against a würstel-looking Nazi army with a bad copy of Jason from “Friday the 13th”. After having turned the terrible creature into cheddar paste, the only thing the girls worry about is not having their smartphones with them to immortalize the event. This is Yoga Hosers by Kevin Smith. It is the standard-bearer of the new Z-movies: a fair budget, a carefully chosen cast with some relevant names from the American movie industry and a specific attention to the filmed material both before and after the shooting.

This trash movie was inspired by some of the most important commercial titles and has contributed to create a genre itself. Yoga Hosers is not a good movie, but it was well filmed. It is mere show and entertainment for the audience. The plot is deliberately nonsense but every twist in the narration is caused by an action that, despite seeming absurd, adheres to the rest of the story. The special effects are below standard in order to imitate the Z-movies from the sixties. The acting is overstated and grotesque. Every character is a caricature and the actors tend to stress out the parody of who they are interpreting.

Colleen M. (Harley Quinn Smith) and Colleen C. (Lily-Rose Depp) are the extreme expression of the mainstream girl, who is rude, superficial and keeps using obsessively her mobile. Andronicus Arcane (Ralph Garman) is the cruel version of the artist who considers himself as a misunderstood genius who feels angry at those who do not appreciate his works of art. On the other hand, the character of Guy Lapointe (Johnny Depp) is a bit different. Depp works ironically on the mask he used to wear back in the days of “Pirates of The Caribbean”, and he creates a caricature of himself. Other purely kitsch details are the pictures that laugh at Instagram and that present the characters, after their first appearance on the screen, pointing out their main features by means of hashtags, that make them even more ridiculous and extravagant. Together with the already mentioned characters, we also find Tony Tale (Gary Walsh in Veep), Natasha Lyonne (Nicky Nichols in Orange is the New Black and already guest at the TFF as Sally in Hello, My Name Is Doris, the closing movie of the last edition), Tyler Posey (Scott McCall in Teen Wolf) and Adam Brody (Seth Cohen in The O.C.)