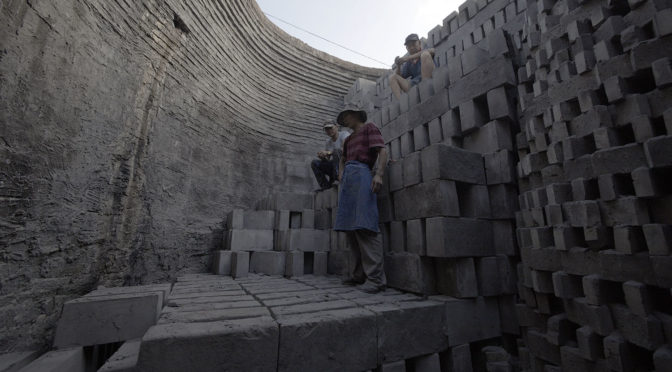 In 1977 in China, a few months after the fall of Mao Tse-tung and the subsequent reassembly of the Communist Party of China, a valley not far from the city-prefecture of Tangshan, in the province of Hebei, is submerged in order to create an artificial dam that can supply water to the nearby big city. Underwater, however, not only the houses and shops that have been cleared run out, but also an entire stretch of the Great Wall, the monument that more than any other, perhaps, characterizes China in the world. Forty years after the construction of the dam, some local inhabitants, noting the misery of the conditions of a part of the wall on the surrounding hills, decide to put on a restoration operation to give new prestige to the millenary monument.

From these facts comes to life the first, colossal documentary by Zhang Nan, which follows the operations of remaking the public work for a whole year; It is impossible not to perceive the strong contrast between the shots made with a fixed camera and those made with drones. But it’s not just about staging choices. The aridity of the plain below the dam is a counterpoint to the bubbling of life around the artificial lake and in the shade of the Wall: fishermen, local tourist guides, hoteliers, descendants of the previous builders and restorers.

A monument, the Wall, from which it seems that everyone wants to derive something, despite its sidereal distance (ideological and temporal) from the recent history of the country; yet all are eager, for more or less noble reasons, to lend a hand to reconstruction operations, also carrying out tasks that centuries ago would have performed slaves, or animals.

The tone used by Zhang in the representation is anything but proactive, or worse propagandistic: there is no work or restoration that can withstand the passing of time or seasons, according to the director. The beauty of such operations lies, instead, in that chorus of voices of active participants in the works or of passive interviewees: whether it is a memory, a political controversy, a joke, everything that happens in the shadow of the Wall will echo in history, especially if documented, more than the Wall itself. “Exegi monumetum aere perennius”, wrote Horace, “I have made a monument more resistant than iron”. And here Zhang tries hard to make it clear which is the real monument, between the construct and the builder.