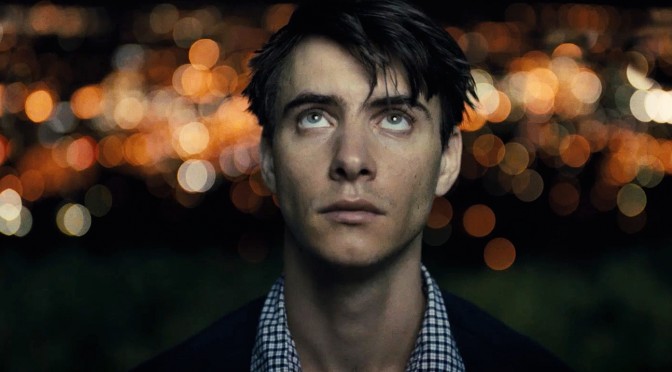 “WORLD’S LARGEST CEDAR BUCKET”. It is the opening of the film “Big Significant Things”, which tells the journey of a twenty-six-year-old boy escaping from his future. In San Francisco, waiting for him there is his girlfriend. We never see her face, but we only hear her voice through their several phone calls.

She is there with her father looking for a house where she is going to live with her dearly beloved Craig (Harry Lloyd). However, he is running away, he pretends to be busy at work and does not join her. Meanwhile, he lives out experiences trying to satisfy a sort of childhood curiosity. He seeks for the world’s biggest rocking chair, the biggest pan or the biggest neon star sign. During his journey, he meets people of different ages, with different personalities. A girl draws his attention among them: Ella (Krista Kodosen). He met her at a pub, where he almost cheated on his girlfriend during a party. All the elements of this film seem unstably balanced, as if it were a transitional situation. Craig does not want to grow up; he wants to explore the strangest existing things before he definitely decides to engage. He meets people younger than him and he tries to attract attention to him, just like a teenager that wants to feel accepted in a group. The sound track of this film is based on songs coming from the radio that represents Craig’s only way out. The actor Harry Lloyd plays Craig in a very strong way. We already knew him from his performance in the TV series “Game of Thrones”. “Big Significant Things” is the first full-length film by Bryan Reisberg, a director that worked for music videos, web series and commercials. He entered the film direction’s world on the tip of his toes with a film that tested his skills. He organized it in depth without omitting any detail. His aim is not to teach but he only wants to show a subjective point of view, mixed with ironical moments and disenchantment.