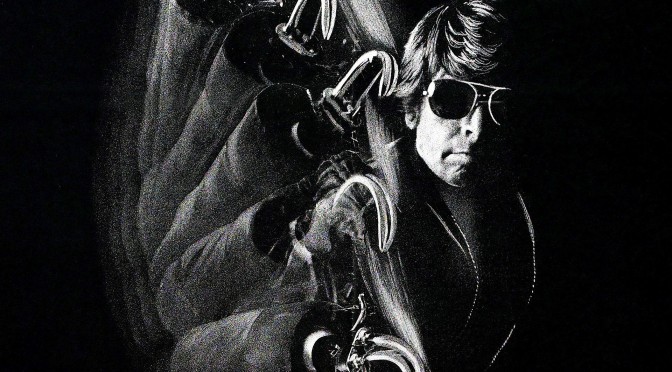 A Vietnam veteran, unsuited, insomniac, unable to integrate in society, finally arms himself and carries out a massacre. We are not talking about Taxi Driver, but a just subsequent film to Scorsese’s masterpiece (showing only one year later, in 1977): Rolling Thunder.

Both films arise from the anguished pen of Paul Schrader, who, after a noteworthy activity as a scriptwriter (The Yakuza for Sidney Pollack, Obsession for Brian De Palma), firmly intended to become a director. However, because of production problems, his project was rather handed to John Flynn as director and Heywood Gould as re-scriptwriter. Schrader’s debut will happen later, in 1978, with a working class drama entitled Blue Collar.

The story of alienation and revenge of Major Rane is perfect. When the protagonist comes back to his hometown in Texas, after 7 years of imprisonment in Vietnam (that scarred him deeply), his fellow citizens reward “his heroism” with a box of silver dollars. Some bandits proceed to steal his money and kill cruelly his wife and his child. Major Rane then decides to take the law into his own hands.

Although a deep change in scriptwriting, that has eliminated most of the pathological racism of the protagonist, Rane is Schrader’s perfect hero: anguished by blame, he thinks that the only way to redeem himself is through violence and personal sacrifice.

He blames himself for having survived to his imprisonment, being able to put up with his pain, and his pride consist in being able to do it well. This pride pushes him to his family’s useless massacre. His redemption is avenging his wife and his child following the unreasonable law of eye for an eye.

Rolling Thunder is a cold film, with static shot, without any soundtrack, a total silence that enhances the lot. Everything arises from an unsatisfactory violence, not exciting. The revenge is only a temporary relief to fill up emptiness; the revenge is cruel as well as everything else.

The protagonist’s violence is unleashed by repugnance and refusal, but it is a consequence of a suffered violence as well, the one he experienced in Vietnam. The excruciating memories of daily tortures, the pain and the inability to impart it reflect also the impossibility, by the side of citizens, to welcome him as one of their own. It appears in the vacuity through which they consider him a hero.

A mental, as well as physical, mutilation clash in a welcoming and reassuring society. The violence of the protagonist also addresses the democratic society, considered blind and violent as well; it mourns its dead men as martyrs, but still values seven years of a human life worth only 2,555. The travel of the hero is an endless odyssey, of which coming back home is only the start.

Penelope is ready to throw him out, rather than waiting for Odysseus, forcing the hero to roam, to get away more and more, to sink into oblivion. He anticipates Rambo, another hero of violence and desperation.

Vietnam heroes are crazy and cruel. They have lost their humanity, and democracy rejects them without mercy and condemns them.

Many American flags do not wave anymore; and the few that remain are ripped to shreds.