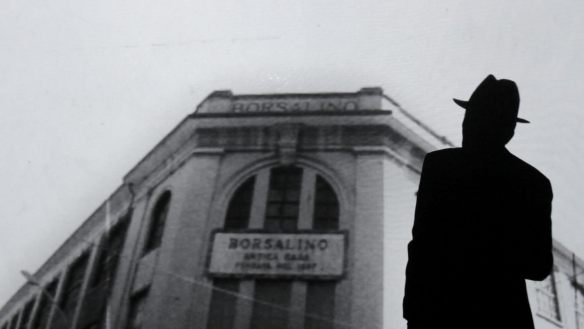 Borsalino City, part of the always rich Festa Mobile section, is a documentary directed by Enrica Viola and produced by UNA Film. The movie retraces the history of the Borsalino company, which was founded in 1857 by Giuseppe Borsalino in Alessandria, a town located in the piedmontese countryside. The brand became internationally well-know thanks to the Grand Prix held in Paris in 1900. A few months later Giuseppe, who had learned the hat craftmanship around the world, died and the company was passed on to his son, Teresio Borsalino. After a family feud Teresio’s cousin, Giovanni Battista Borsalino, founded a new company called Borsalino Fu Lazzaro. As a consequence of the split, rumours followed that the true inventor of the Borsalino hat had not been Giuseppe while instead his brother Lazzaro (Giovanni Battista’s father). It was Teresio Usuelli, Teresio Borsalino’s nephew, who inherited the family company whose centenary was celebrated in 1957. In the movie, the family descendants tell and recall the feud, the business achievements and their history.
Nonetheless, the documentary focused the attention not only on the Alessandria firm as instead much more on the social rule played by hats from 19th Century until the first half of the 20th Century. In fact, for a hundred years, hats showed the social class people belongs to. Nobody would have gone out without a hat and this is proved by many photographs and video of that time. However, during the 60s wearing hats was not fashionable anymore so that many hat factories were forced to shut down or sell the company.
In particular, the Borsalino was considered as a source of wealth for the city of Alessandria because it employed many of its inhabitants. Thanks to many audio testimonies granted by some of the employee, we know that the company bell marked not only the working life but also the activities of the city. When Alessandria was bombed during the Second World War, the population did their utmost to save all the hats left in the factory and to help with its reconstruction. 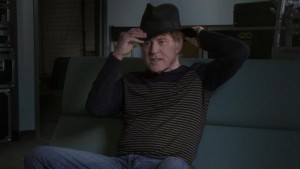 But the most interesting and unique aspect of the documentary is, with no doubt, the strong relationship between the Borsalino hat and Hollywood. By hearing Robert Redford rich voice telling us about his visit at the factory and his desperate quest after the hat worn by Marcello Mastroianni in Federico Fellini’s 8 ½, the audience goes back over to the Hollywood golden age and finds out the importance that hats had during that period. What would happen to Casablanca if in the scene when Humphrey Bogart leaves Ingrid Bergman, both of them were wearing any hats? 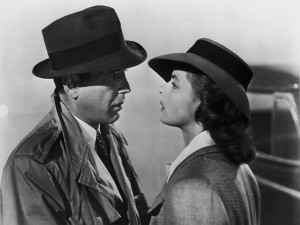 And what would happen to the image of the gangster wearing a hat that was so fashionable both during the prohibitionism and in films noir? The hat was used to connote the character. It was not only a medium with which cover one’s face when the police arrived, the hat gave a mysterious look to the character and, consequently, made the actor look like a star. After all, the huge recourse to hats to depict the gangsters was due to Al Capone habit of always wear a hat himself. The Borsalino company was able to took advantage from the popular imagination to promote its product and identify itself all around the world, that turned out to be a winning move. It is enough to mention the movie played by Jean-Paul Belmondo e Alain Delon which is named after the best-known hat in the world: Borsalino.