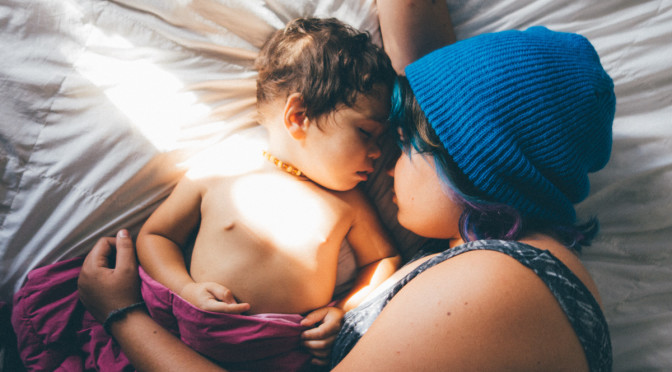 Hush bye bye, don’t you cry, go to sleep little baby, when you wake you shall have all the pretty little horses… Harper is only 14. She sings lullabies at night and in the morning she looks after her four brothers: Elias, a 12-year-old rebel, Arri (8 years), Ezra (5 years ) and Jonah (2 years). Being the elder sister is not necessarily a punishment but it can become something close to it if mum is away, lost in a serious struggle with her self-esteem.

A blend of the cinema verité and a cinematographic remake of Tierney Gearon’s photographs, God Bless the child is the second feature film by Robert Machoian and Rodrigo Ojda-Beck. The film, which premiered at SXSW Festival in 2015, is the American response to Hirokazu Koreeda’s Nobody Knows. As opposed to the Japanese director’s film, where the mother is an escort, in the work of Machoian and Ojda-Beck she is a depressed woman, a ghost who leaves the house at dawn abandoning her children and comes back at night, while everyone is asleep, except Harper, who has grown up against her will. “Sorry” is her only line in the film, with neither a close-up nor a single frame showing her face. The film drowns in a fog of sadness. Several group scenes are included in the film, with delicate and innocent children songs in the background. In the epic fight between the brothers in the backyard, as they wear boxing gloves resembling Hulk’s hands, game and pain merge and pain eventually makes the loser cry. God bless the child is a vivid and realistic portrait of childhood. And for a change, children are not asked to run after the film, but it’s the film itself that surrenders to their genuine interpretation. And when the sun goes down and everyone is asleep, the door opens and there she is, back again. She gets into bed with her four children, in a shroud that envelopes lonely souls. And Harper is there, staring ruthlessly at her, as life gets harder and harder: hush bye bye, don’t you cry, go to sleep little baby, when you wake you shall have all the pretty little horses.