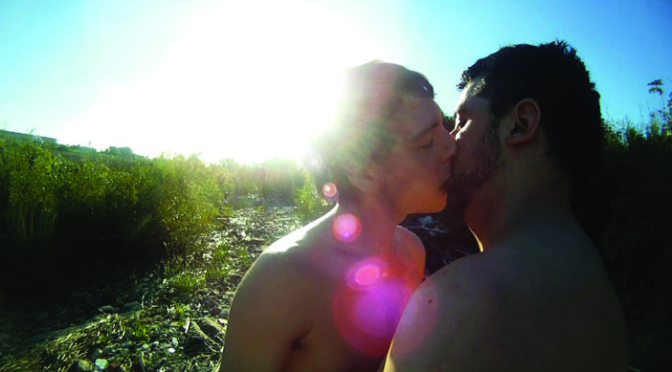 Pompei Eternal Emotion is the new production by Pappi Corsicato. It’s a short cut which lasts about 10 minutes about Pompei, its archeological sites where we can find some bodies petrified by magma. The bodies of the tourists appear hibernated as well: they are puppets without life that turn into victims of the camera. In the several rooms there are some shells without soul. This short cut is really memorable….memorable is the right word to indicate it if we consider the disasters which have occurred in Pompei in 2014 which have destroyed an important part of our artistic heritage. 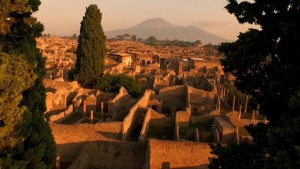 Anyway what will be next is even more amazing. After Corsicato’s movie, someone in the audience stands up to move away while those who are still inside the cinema are someway frightened by the movie that will follow. Maybe it’s just because of its title: Heterophobia. Just few brave ones among the audience have stayed. It’ s dark in the theatre. From the screen there’s a light arising towards the audience: Mariano who masturbates. Then some other people step out of the theatre. They looked disgusted by what they have just happened to watch on the screen: this is what it’s defined as self-righteousness. For about one minute Mariano is what we can call mechanical love. This is the way Heterophobia starts. It soon turns into an anti patriarchal rhapsody. Heterophobia is a movie directed by Goyo Anchou. Mariano is a young guy who has been raped. He represents a vile puppet of a kind of heterosexual illusion. He has to face the strong caste of society, which is represented by patriarchy according to the Argentinian director. Patriarchy rapes people with its rude aggression. The main character is a small part of the entire universe, a small being created by God who looks for a small place for himself in the world. Mariano denies himself: he just steps from one love to another, he’s not reciprocated and his fate is disillusion and frustration. He has a main relationship with an heterosexual who abandons him at the end. Mariano thinks that God doesn’t care about his creatures and suddenly turns into Satanist. He takes part into an initiation ceremony which is wonderfully described by the Argentinian director: Masonic and Cabalhistic symbols, images from movies such as Cabiria by Pastrone, Maciste in hell by Freda, Zasie dans le metro by Malle. This movie combines some quotes from classic movies as well as dreamlike, hypnotic images that hint to Kenneth Anger or Derek Jarman. After Un chant d’amour by Jean Genet, Heterophobia can be considered the new manifesto of the homosexual culture. Mariano understands that it’s a nonsense to look for happiness in other people or to be a frustrated heterosexual. He comes to understand that to accept oneself is the way to happiness and freedom. Now Mariano is happy with his new boyfriend. He has come to a safe rescue towards a future where homosexuality won’t be a taboo anymore, machismo will turn into nonsense and people will feel free to abolish the so called boring normality.