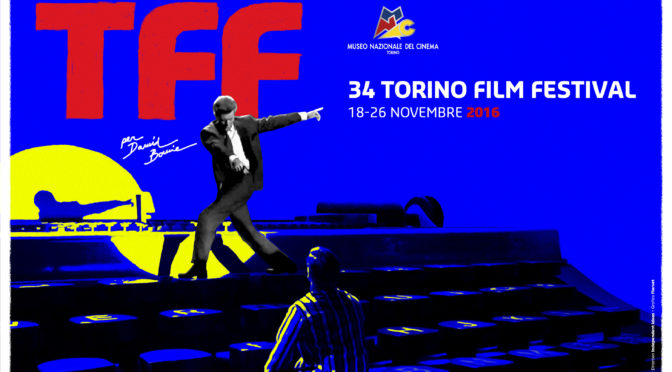 Every year, a colourful caravan comes to town to celebrate its major institution (cinema), in a jamboree where everybody is welcome, from the most unknown dreamer to the most renowned film critic. For its 34th edition, the Torino Film Festival flaunts an uncommon dress, purple as punk and black as a horror picture. 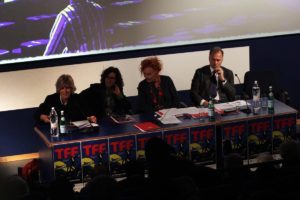 It has been presented at the movie theatre Cinema Massimo through a percussion of clapperboards, as many as the movies scheduled to air, maybe even more: the perfect drum roll to capture everybody’s attention, just before the room turns dark and a sci-fi spot promises us a futuristic world beyond imagination… and then, it’s time for the conference to start, along with the flashes of the cameras and the audience grabbed by the variety of the programme: the moderator is Emanuela Martini, the festival director, assisted by Paolo Damilano, MNC president, Antonella Parigi and Francesca Leon, regional and city councillor for culture, Roberto Nepote, head of the Rai production centre in Turin, and lastly Davide Oberto and Roberto Manassero, respectively coordinator of the Documentary section and selector for the Onde section. 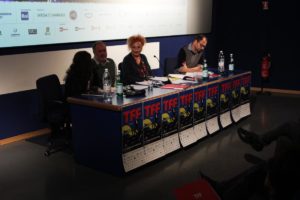 That’s how this edition carefully lifts its veils: the competition is between fifteen feature films, all first and second works, seventeen represented countries, the section of the special guest director Gabriele Salvatores, whose Cinque pezzi facili brought him from law to cinema. Then, the Retrospettive section and the Gran Premio Torino, bestowed to Christopher Doyle; the Maria Adriana Prolo Award and the Festa Mobile, the section that screens the most anticipated films, such as Sully by Clint Eastwood and La Felicità Umana by Maurizio Zaccaro. And there’s more: the Festa Vintage, which honours the past through the restoration of The Deer Hunter, Intolerance, Red Wood Pigeon and the unreleased Giovanna by Gillo Pontecorvo.

And if all this is still not enough to capture the imagination of the audience, burning with curiosity, here are some previews, among the documentaries, of three first works of as many South American female directors and the classic focus with the love theme (the most political). Afterwards, it’s time to focus on short films, with the Chicca Richelmy Award “for those who still dare to fall in love with short films”. The Torino Film Lab, the Torino Short Film Market, the experimental anti-narrative cinema of the Onde section, with its twelve projects, created by new and veteran authors, playing with the relation between reality, vision and photographs. Eyes are wide open when the peculiar Afterhours (and Sexyhours) category is presented, when the audience taste the oddities of Cose che verranno.

The only thing left is to wait, just a little bit more, for the appearance of an epic tuxedo on the typewriter’s keyboard, for the spotlights to be on, and for you to be pointed out after having waited a year for the colourful caravan to finally return.