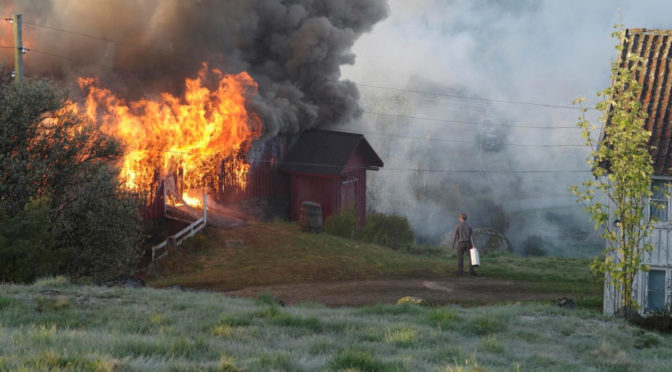 Pyromanian is a movie by the Norwegian director Erik Skjoldbjærg, who was already well-known for Insomnia (1997), which Christopher Nolan signed to remake.

The film is set in 1981 in Finsland, Norway. Son of a fireman, Dag is a reserved young man, who, after the military service, goes back home to his family. From the very beginning, he clearly appears to be a weird character, as he is morbidly attracted by the fire. As a matter of fact, the viewer knows for the whole time that it is him who sets the neighbors’ houses on fire

His parents realize that something has changed about Dag and try to help him out by getting him a job. Dag wants instead to work with his father and extinguish the fires he himself sets on. But he leaves so many clues that the county police and his fellow citizens begin to go suspicious of him. 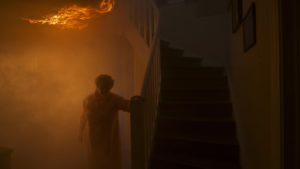 It seems that this young man’s behaviour is a desperate call for attention because he feels lonely and has no friends, despite his trying to. The movie presents little dialogue and the scenes are mainly focused on Dag. We can feel his loneliness as we are shut in this claustrophobic small village – just as he is. The plot is simple and there’s no suspense. A docudrama based on a true story.