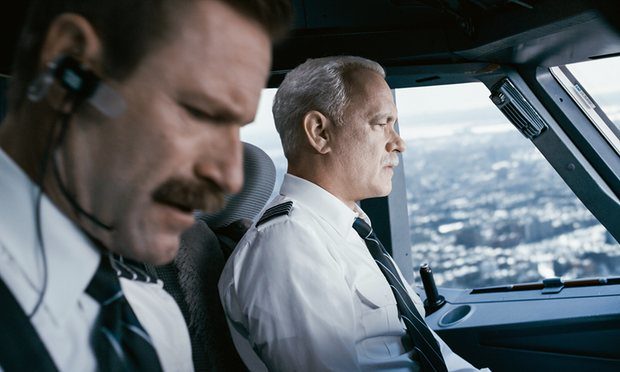 Almost ten years after “Gran Torino”, Clint Eastwood is back with another means of transport as a vehicle of ideas, stories, values. Then, it was a legendary Ford, symbol of national identity and anti-racism; now, it is the Airsways 1549 scheduled flight, driven by Captain Chelsey Sullenberger. Or, more simply and tenderly, it is like a “Cactus” flown by Sully in New York’s skies as if it were a kite.

The human element, in the eternal struggle against the machine, against the rigidity of a protocol, against the fallible infallibility of numbers is the thread that links the kite to its leader, and the film to the audience. They change their sits with the people in the airplane which on 25thJanuary 2009 was so close to tragedy, but incredibly found intact, rocked by the River Hudson waters. A miracle determined by lucidity, courage, recklessness and trust in one’s intuitions, in what we all feel it has to be done even though whatever voice points at different directions.

Sully proved all of this, choosing to go for a water landing, and so did Tom Hanks by portraying this hero, the perfect incarnation of Clint’s emotional late works. Only a character so respectable and incorruptible is able to keep calm while crashing into a flock of birds swooping down: there’s no better metaphor for the modern American society, where you can be a hero one day and wake up as an impostor the morning after, just because someone says so and many believe him. This movie warns about the danger that comes from being in the court of public opinion, where denigratory statements, careless about the truth and depicting a partial interpretation of the facts, are not uncommon. This work tells much more than it says.

What emerges from it, it’s a delicate portrait of an expert and selfless captain, who, regardless of his major responsibilities, remains humble, enamoured, simply “a man”. If only Clint Eastwood could see such leaders in front of the camera.