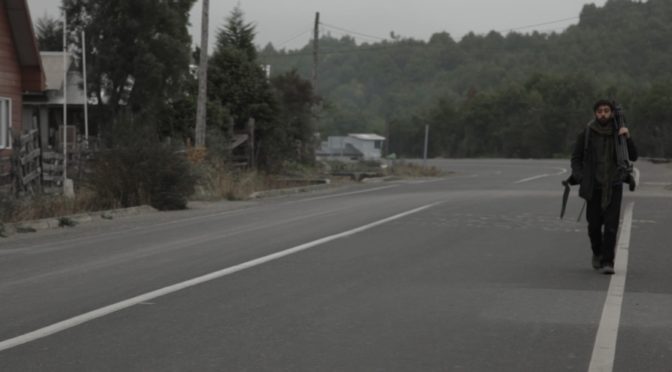 The Onde section of the 35th Torino Film Festival includes among its titles a film that is as touching as it is delicate.  La madre, el hijo y la abuela is the first feature film by the Chilean director Benjamín Brunet, which was filmed in the city of Chaitén after the eruption of the volcano with the same name.  The movie is divided in three chapters, one for each character, and walks on the thin line between fiction and documentary.

The young photographer Cristóbal (Gonzalo Aburto) comes into the town to create a photographic project following the traces of his own roots: the young man was adopted and Chitén is the town he was born in. Following the imaginary steps of his biological parents, who he never met, the photographer is trying to retrace an hypothetical past as well as imagine what his present could have been if his life had taken a different route. Among the debris and the dust of abandoned houses, Cristóbal finds his own reflections and also an undefined identity he would like to understand.

Ana (Ana Gallegos) is a tobacconist with a son who lives far away and never comes back home; she divides her time between work and caring for her ill mother Maria (María Muñoz). When Cristóbal meets the two women he is welcomed into their house, and the three of them find that family relationship they were longing for, and that blows away for a little bit the volcanic ash that the young man feels inside of him.

That’s when the photographic project about the pas becomes a film made of snap-shots of everyday life and special days, such as Christmas, Maria’s birthday or Easter and its traditions. Cristóbal’s self-portraits among the debris have now become group pictures, with moments of great affection in a house that is alive and welcoming. through the familiar and protective eye of the camera, this atypical family, created from a choice, drives the shadow of illness and loniless away, even if only for a short while. 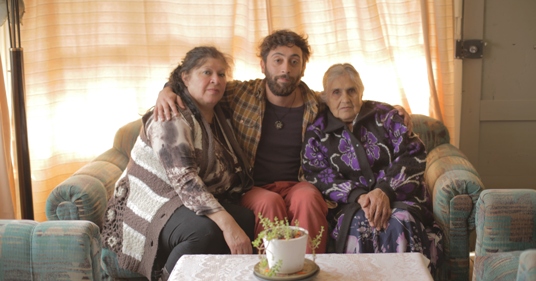 Despite the amazing tenderness and affection caused by these three lonely souls, the shadow of death and illness is a constant presence both in the themes of the film and in the staging, that uses a whole palette of cold colours like the ash of the extinguished volcano, and a desolated and bare environment that is only briefly escaped inside Anna’s small house.

La madre, el hijo y la abuela might seem difficult because of the themes it handles, but it is really very balances: it counterposes to the existential loneliness of its main characters an empathetic and sweet bond that makes the audience smile. Brunet’s merit is that of being able to intertwine the three solitudes in a subtle and light way, bringing authentic and strong feelings, even in their vulnerability, to the surface.

La madre, el hijo y la abuela comes and wins the audience over on tiptoe, without making much noise, just like its almost whispered dialogues.