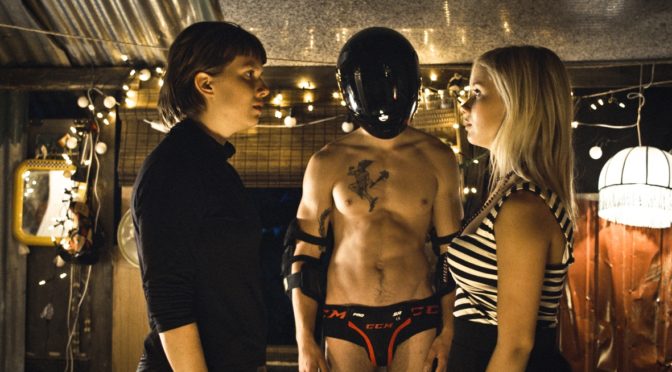 The explosion of a bouquet, the kidnapping of a groom and a motocross escape on water are the scenes that introduce Finnish director Hannaleena Hauru’s first feature film, a grotesque and surreal coming of age story, with many cartoonish situations.

Best friends Satu and Heidi, who preach about love not being a business, enjoy sabotaging lavish and sumptuous weddings. But when Heidi falls for Lauri, a promising ice hockey player, their friendship is put to the test and the two young girls are forced to call into question their revolutionary ideas. But it’s mostly Satu, now left alone with her subversive missions, who has to reflect upon her relationship with Heidi. By thinking about their previous actions, the values they believe in, and their bond, the two girls undertake a maturation process that will lead them to find, first and foremost, themselves. 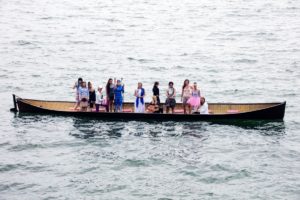 At first, up to the moment when Heidi wins Lauri over, the revolutionary aspect of the two young girls’ adventures is mirrored by the chaotic and surreal mise-en-scène. However, while the first part of the movie is incredibly original and fast-paced, later on the film, when following Satu’s inner growth, loses its subversive force and slows down, despite not completely abandoning its unpredictable humor.

The movie is a profound reflection on the value of friendship and personal growth. At first, Satu and Heidi’s friendship is entirely exclusive, and the line “We are not the Fight Club” emphasizes this aspect. Throughout the movie, however, their relationship opens up to new experiences, until it finally falls apart. Satu, realizing that her friend’s feelings towards Lauri are authentic and sincere, helps Heidi to win him over. But the development of this love story, apparently incompatible with the girls’ friendship, which hides homosexual undertones at least on Satu’s side, will inevitably lead to them growing apart. The Finnish film, always through light-hearted tones, also reveals a society that, although deeply permeated with a capitalistic ideology, is no stranger to anarchic and unconventional ideas.