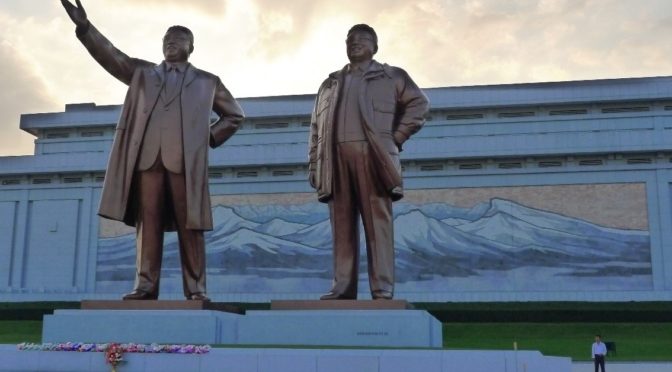 Napalm is the tale of the short romantic encounter between Claude Lanzmann and a young North Korean nurse in 1958. At the time, Lanzmann was a member of the first Western delegation visiting the country after the three-year bloody war. Fate made him find himself alone with a beautiful woman of the Red Cross, with whom he fell in love. The two of them share a romantic afternoon, talking only through drawings, since the only word they can both understand is “napalm”. But the communist party doesn’t allow them to carry on their love affair and, once they find out about their relationship, they are forced to part ways. It’s a strong, intense, and romantic tale, that had the potential of becoming a fascinating story (and it did, on paper). 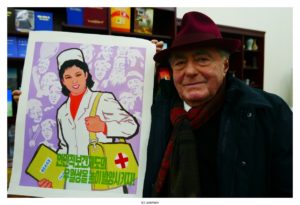 During the first engaging minutes of the film, Lanzmann shows us some surprising aspects about North Korea, unknown to Western people. The city, the rituals, the sport: every shot is obviously supervised by the members of the government, who literally never leave the director’s side. Although, despite everything, Lanzmann manages to give us a never-before-seen picture of Pyongyang, unfortunately this point of view cannot and is not examined in depth, also due to government censorship. The remaining three quarters of the film are exclusively made up of a close-up of Lanzmann himself, who narrates straight to the camera his romantic adventure. From this moment onwards, there won’t be many variations to this shot, and we will do nothing but listen for a long time. The director’s decision, also due to the let-down of one of his previous tales’ film adaptation (Elise ou la vrai vie), makes this movie a heartfelt confession, the remembrance of a personal memory that, however, struggles to reach the audience. It’s a real shame that such a fascinating and romantic adventure couldn’t be told through a more engaging narrative device. Furthermore, due to the film’s structure, Lanzmann’s special day takes a back seat compared to life in North Korea. The images and information about the current situation of the country, in contrast with the only shot used for the second part of the film, make us leave the theater with some regrets, shared perhaps by the director himself.