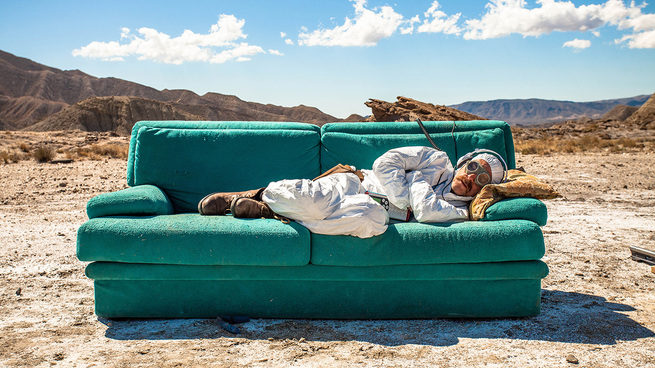 “In space, every particle has a voice”: Paola Randi, director of Tito e gli alieni, chooses science fiction as a testing ground to start telling the story of an unusual family. Anita, impatient 16 year old, and her brother Tito, 7 year old and already a perfect ragamuffin who knows his own, after the death of both their parents, are entrusted to their uncle (an intense Valerio Mastandrea), ex professor and now scientist in crisis holed up in Nevada desert.

The siblings leave Naples to move to an America far away from their imagination. The passage results rough since its start: they will have to face up the clumsy affection of the uncle, the absence of the parents and the curious alien presence that hovers over the American desert. 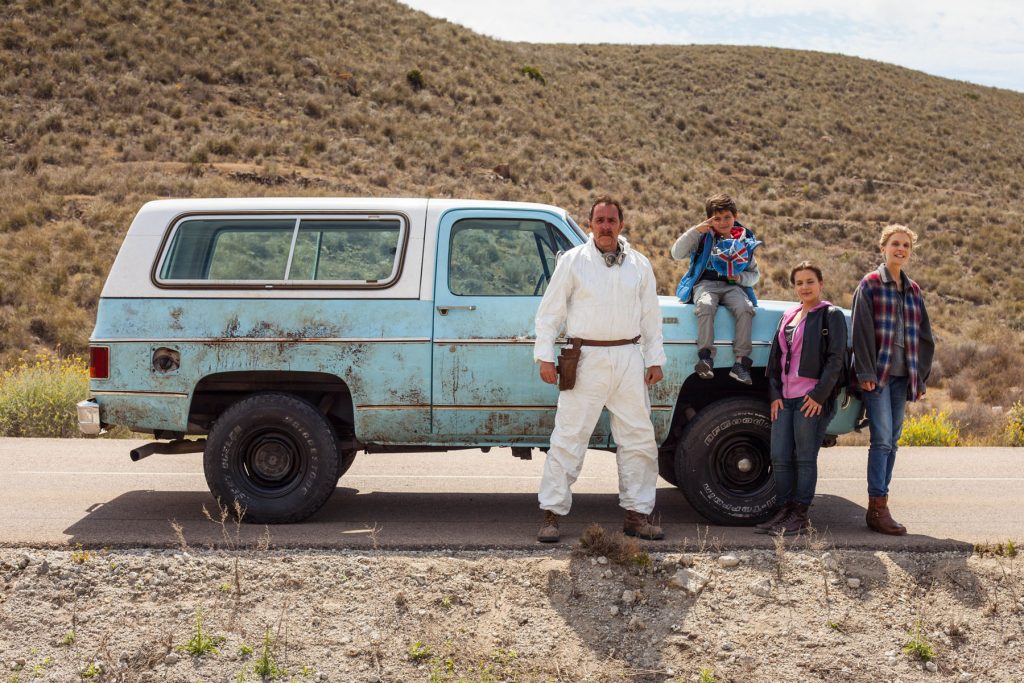 The science fiction scenery of Area 51 and surrounding area (authentic location chosen by the director for the shooting), however, assumes right away surreal traits, like in a fairy tale: the upside down shots and the saturated colours delineate a parallel universe tempting and in no way intimidating. The director has confessed that he rehandled science fiction to create an antidote for life’s fears: “alien, for us, is also what’s not here anymore, what we have lost” told to the press conference, revealing that the inspiration for the whole story came from her father, with Alzheimer’s disease, attached till the end to his wife photograph, to her memory. From this, derives the image of the disillusioned scientist on a worn out couch in the middle of the desert, searching the voice of his wife among the sounds of universe.

The tragedy of loss is here tenderly alleviated by the vision of the child Tito, naively convinced to communicate with his father through photographs. There isn’t any space for tragedy or mourning, because the perceptive universe is that of a child that has still hope; and it will be his perseverance in reconnecting two universes apparently so distant, that of death and that of life, to allow their uncle to find himself again and leave the past behind.

Before closing the gap between these two worlds, the connection actually takes place, in a tender and surreal confrontation in which the main characters find their dearest affections for an instant, short but intense. Science fiction reveals itself functional to the project of a comedy delicate and extravagant, between eccentric scenarios and creating engineering inventions, including L.I.N.D.A., a robot created by the Professor to pick up the voice of his deceased wife. In the end, however, it’s not so important if aliens really exist or not (like Tito says at the end of the film “In my opinion, here, there are no aliens”): here the alien is the other self, that grey area in which we project all that we have lost and that we don’t know how to let loose. Accepting this loss it’s the secret to go beyond and find love again, as in the case of the Professor and his eccentric assistant Stella (Clémence Poésy).

A movie intensely light and delicate, that makes you laugh and reflect, in a continuous alternating between whimsical characters and bizarre situations; just like we would like our life to be.