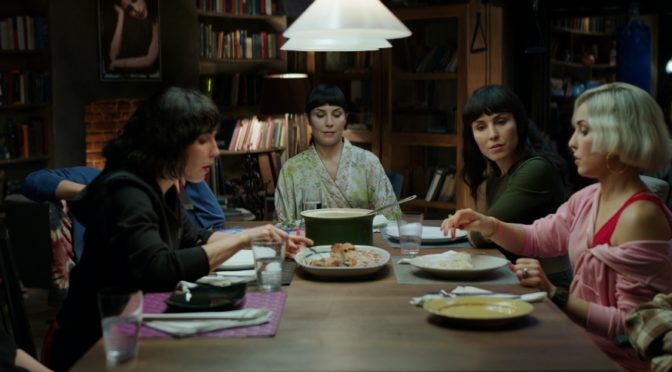 In a distopian future in which governments apply the strict policy of the only child, as a consequence of the overpopulation of the earth, seven twin sisters live their lives hidden. Each of them is allow to go out only once a week, the day that matches her name. They create a single identity in which everyone brings a part of her own being: Karen Settman. Everything flows quiet, until one of them, Monday, does not come back home.

The movie (edited by Raffaella de Laurentis) was initially displaying seven twin brothers as main characters. But Tommy Wirkola made amend the script in order to ask Noomi Rapace to perform the sisters.

The actress has managed to make every character believable, dealing with each one of the sisters as she was the only main character, thanks to an immersive, extremely introspective performance. At the press conference, she stated that she dug in herself and identified each twin with a part of her own life. Her performance and the skills of the makeup artist, Giannetto de Rossi, together with the costumes choosen for each twin do not seem to be enough to fill the gaps of the script, which is unable to show the audience something more than just two – dimensional. 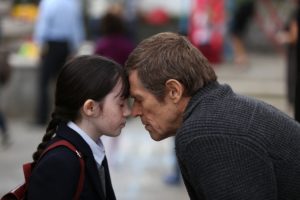 What Happened to Monday is, thus, a sci-fi movie, with a great potential, but not completely developed; the flashbacks of the twins ‘childhood appear mangled, unable to offer a real sight of the girls ‘individuality and their development, while the need to make their own personalities emerge out of the house, to make a family and friends is only gazed and then bound in a corner, until the final revelation (that, for this reason, gives the audience a sense of incomplete).

The film gets on with steady pace, the action scenes are well set (worth mentioning is the work of Brian Jones, in charge of the special effects) and the contrast between claustrophobic outsides- in which the main characters have to adopt a foreign identity – and the huge apartment – in which each of them can freely express herself – is effective in channeling the emotions they feel.

The final result is a nice movie that holds the audience in suspense and reflects on serious issues.