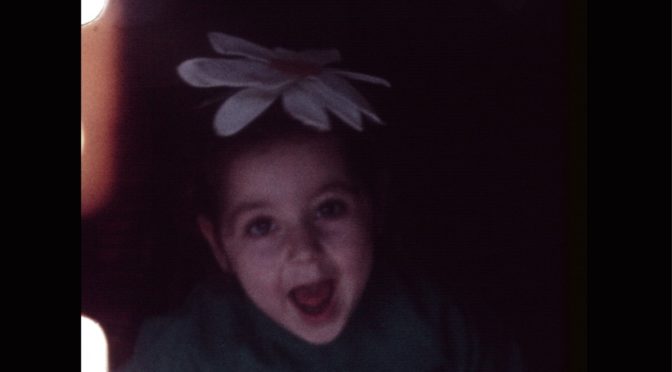 Formation tales, foundfootage operations, a revisitation of fairy tales and ancient myths, metaphysical journeys through chaos’ shapeless masses; these are the themes around which Italian.Corti’s selection at the 39th Torino Film Festival is centered.

The first competing short film is Arthur, 1973, born out of director Cesare Barbieri’s fortuitous finding of an old recording session. Enshrouded by a cloud of smoke, Arthur’s memories emerge like puffs and a question persists inside the invisible protagonist’s stream of consciousness, but the answer eludes him, as if he were trying to grab smoke with his bare hands: “Why couldn’t my parents simply love each other?”. The question emerges from a restless search which gets lost into the oceans of time.

“Where have the children’s tribes gone?” is the question around which Angela Norelli’s short film, Children Like to Hide, is centered. A magnanimous and exploring Captain Hook wanders around the forest, looking for the lost boys. Mirroring the work of Alina Marazzi in her short film Un’ora sola ti vorrei (2002), the director creates a fantasy world through a remarkable work of foundfootage, setting up a dystopian world where it looks like children are extinct or they might have reunited into one last tribe, hidden somewhere between the trees of the Amazon rainforest.
The only memory of childhood is some old archive footage, skillfully edited to recreate the passage on Earth of a lost age which does not want to be found.

Another journey through memory, hidden by a veil of fog which hides memories, is carried out by Ofelia Borgheresi, protagonist of the short film Ofelia, directed by her nephew Pierfrancesco Bigazzi. During the months spent at home due to lockdown, the director documents his grandmother’s sickness. Ofelia’s recollections get lost in her memory, much in the same way as a seashell which gets levigated by the violence of the waves and then gets lost in the sand. Grandmother and nephew fight Alzheimer’s through cinema, one last weapon to help memories reemerge and to freeze a moment that, because of the illness, becomes ever more ephemeral.

Both Self-portrait with a weapon and Games are formation tales. The first, directed by Giovanni Ortoleva, depicts the difficult relationship between a parent and his son. Fathers can’t always paint their sons in their image and likeness: it looks like the subject does not belong to the canvas and he rebels against the colours and the scenery, leaving the frame. The only solution, then, is to produce a self-portrait, in order to affirm ourselves and prove our own nature. Not shooting the hare and displeasing a parent makes the boy a David against an arrogant and vile Goliath.

The second short film, directed by Simone Bozzelli, examines the dimension of play between people of different ages and different needs: a single mother who feels the need to be loved, a child who has lost his playmate, two teenagers who discover their sexual preferences through provoking one another. Revealing and exposing one’s true self to the judgement of others is never easy. It is often easier to hide our tastes and our passions as to not disappoint other people’s expectations, living a quieter life which feels like a lie. In the context of a game, however, what happens is not real, but instead it becomes a simulation to test the reactions of the people around us.

The Birth of a Kingdom. Alternating black and white with a fairy land’s vivid colours, directors Gaia Formenti and Marco Piccaredda create a “song to fertility. The original and limitless fertility of the earth. The animalistic and ritualistic fertility of human beings. The fertility of imagination, which is able to create stories and found reigns”. Thanks to the rise of a young heroin, an ancient tribe lost amongst the rocky mountains can finally bloom like a flower in the desert. Following in the footsteps of ancient myths, the protagonist has to face numerous challenges to reach the centre of the Earth, where an evil Lilith awaits. She can only be defeated by a kiss, demonstration of a long-forgotten love.

As in a Land, a Vagary and The Fountain of Life are two experimental short films, using the foundfootage technique to create streams of consciousness leading towards unknown universes.
In the former, the juxtaposition of photographs leads to an imaginary and imaginative journey, in which every interpretation (or none at all) is allowed. Discovering unexplored worlds through the infinitely big and the microscopic, geometrical architectures and endless urban spaces, director Giuseppe Boccassini creates a pagan cosmogony playing with negatives and details. Starting from the things that afflict men, a spoken prosody leads to metaphysical skies where prophets, gods and demons live, rulers of an heterogeneous universe made up of galaxies organized like a system of Chinese boxes.

The latter, directed by Davide Rabacchin, features Eris, the Greek goddess of discord, who wanders around Earth’s woods and cautiously observes the chaos which reigns over the civilizations which inhabit the planet, lapping up the distruction caused by natural catastrophes and by the inability of men to control their thirst for violence. A mythical journey transcending space and time through the use of heterogeneous images and archive films which lead towards ancient or virtual words, in the search for the source of life.

The Greek myth also appears in Alessandro Montali’s short film Circe’s Spell, where the witch Circe casts a spell which is the complete opposite of the one cast upon Ulysses’ companions once they reached the island of Eea. Upon adventuring outside the forest, a deer discovers the world of men and, fascinated by the wonders he encounters, he sets out on the sea towards unexplored places, thus imitating the actions of Itaca’s king.