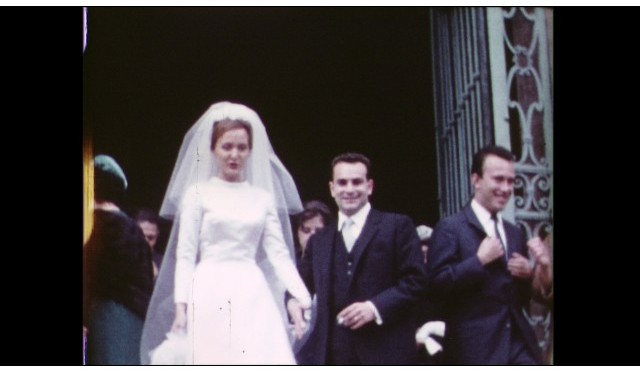 ‘Per tutta la vita’ is the first film in this section curated by Paolo Virzì. The main theme of the film is divorce, examined from different points of view. The director Susanna Nicchiarelli (already established for two feature films, in particular Cosmonauta in 2009) decided to deal with this social phenomenon for the anniversary of the referendum in 1974, which led Italy to take sides on whether to legalize or not divorce.

The documentary treats this theme on various ways, though focusing the attention on personal stories represented on the screen. In fact, the protagonists are more or less common people reporting their opinion of divorce, according to their “skills” and experiences.

Monica, a zoologist, talks about monogamy in several species, starting with birds, passing for wolves and monkeys, up to human beings. Silvio, a divorce lawyer, describes the legislative and technical aspect of it. Although, as his wife Sveva, steps in his talk, he lets himself go in most personal confessions. Guido and Paola, parents of the fitter of the documentary, recall the history of their love at first, then their marriage and finally divorce.

The interviews alternate with family filmstrips of director Nicchiarelli (narrated in voiceover by his parents, still happily married) and original shoots from Rai archives. The last ones show old electoral slogans of politicians Berlinguer and Fanfani and some advertising pro-divorce starring Gianni Morandi and his family.

This mixture of evidences and sources highlights the desire of the director to find out the real meaning of marriage and divorce, also underlining how that meaning changed in time.

Is monogamy a natural or a social fact? Does the woman manage to break free from her role of mother and wife after the referendum? These questions do not need to an answer because the aim is pay attention to these and, through this document, research events and opinions, which help to developing a clear viewpoint.

The atmosphere is unique, both deep and personal, as it involves the participation of relatives and friends of the director. During the vision of her wedding shoot, Nicchiarelli’s mother states with clear awareness that divorce acquired real meaning only when women understood their freedom and their own social role, which was unimaginable before 1974.

In the end, she adds that the expression “per tutta la vita” (“for a whole life”), after 1974, changed its meaning from absolute to relative.