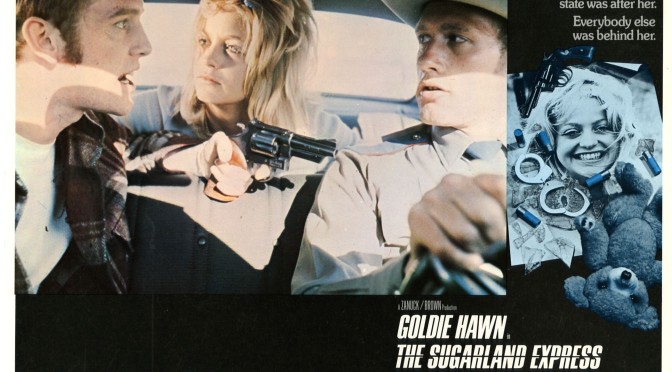 In 1974, two years later the unexpected success of ‘Duel’, Spielberg creates the most intimate and undervalued film he has ever produced. ‘The Sugarland Express’ is not a simple “on the road” film like those of that period but, as stated by the director from Cincinnati, it is a journey through love, the States and Cinema itself.

The story talks about two drifters who escape the law to retrieve their daughter, who is in the care of an elderly couple in Sugarland, Texas. After having sequestrated a police car and a police officer, they start a ruthless chase throughout the dusted and savage States 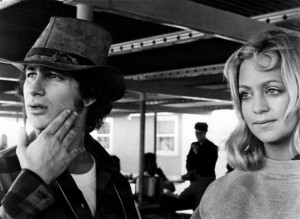 The actors Goldie Hawn and William Atherton play the role of the two drifters. The latter is known for the role of the troublesome character of Walter Peck in “Ghostbusters” and some little roles in “Die Hard” and “Die Hard 2” in the 80’s.

Spielberg pays homage to most of the cinematography he loves: from Ford’s Westerns to Peckinpah’s New Hollywood. He also takes inspiration from his first short film “Amblin”.

This ‘on the road’ journey becomes the metaphor of an inner journey (like that of “Easy Rider”), which is shown here through the eyes of two parents who are willing to risk their lives just to find the thing they love the most: their daughter. Do we need to escape in order to find happiness? Do we need to have the whole world against us to find what we love? The answer is… yes. We need to accept the consequences of our choices and we have to fight and flee in order to find what we really are and want. The main characters know it, and they will accept their role in the world. Are they damned people or criminals? Of course not. They are simply human beings.

Vilmos Zsigmond’ photography is beautiful, while John Williams, composer of the country soundtrack, became Steven Spielberg’s friend and composer from this film on.

When it was first released, this film did not meet great public success. However, it was rediscovered later. Here is a final anecdote: in “The Blues Brothers”, the popular scene of the chase with dozens of police cars is an ironical reference to “The Sugarland Express”.