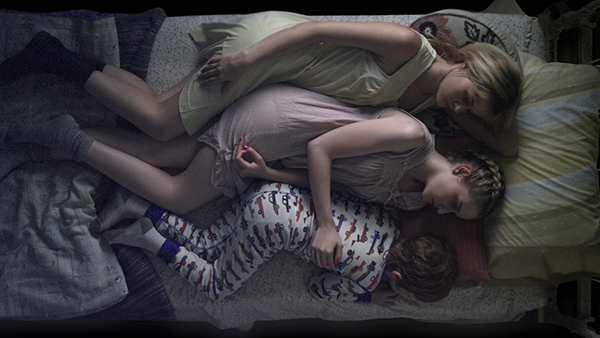 Who said that a remake is a less important film than the original? Certainly, if in the new product does not provide anything more – or even less – of what was suggested in the model, then the answer is “yes, it is just an unnecessary duplication”. Many recent operations of this kind prove that this theory is true (Carrie by Kimberly Pierce, for example). However, if starting from the original product we decide to take a completely different way, working on elements that become peculiar of the new feature, then we have something more: think of The Departed by Martin Scorsese and of the relationship with Andrew Lau’s Infernal Affairs. These two films are completely autonomous. Jim Mickle’s We are What We are belongs to this category.

We are What We are is a re-imaging of the Mexican film Somo the que hay by Jorge Michel Grau (2010). If the “prototype” (if we can define it so) is set in the streets of Mexico City, Mickle sets his work in the province of Castkills, the poorest area of the state of New York, anguished by floods. The floods bring out numerous buried human bones, not far from the home of the Parker family, which is mourning the death of the mother. The family is dominated by authoritarian father figure of Frank, who obliges the three children (two teenagers, Iris and Rose, and little Rory) to a period of forced fasting in view of an important ritual of which, since the mother has died, the eldest daughter Iris becomes the main celebrant. It consists of killing young women and then feeding themselves with their flesh.

Especially in this part, Mickle’s film differs widely from the original: eating human flesh is not something related only to a routine or to something ancestrally necessary, but it is much more: it consists in literally taking into account the evangelical concept of feeding oneself with the body of the Lord (as a matter of fact, the story unfolds between Friday and Sunday). It is also something atavistic, primitive, which survives in the tribal cultures, where the body of the defeated enemy is both a source of food and of the power of the winner. The victims are girls, and the story revolves mainly around the two older daughters: they are a little more than teenagers, with a irrepressible and longing sexuality that the father-master nips in the bud. Feeding on the sexually active (or immature) bodies of the victims gives them the power to get along without the carnal impulse. The temptation of the flesh with the flesh.

Genre films, and especially horror films, have always fielded the uncertainties and fears of the times in which they were filmed. Jim Mickle, who has always loved horror movies (his favourite movies are The Evil Dead by Raimi and Suspiria by Argento), uses them as a tool for a strong polemic against the institutions, a second level running parallel to the horror theme, as he had already done in Mulberry Street (2006) and Stake Land (2010).

Here, with a gothic film style setting, he focuses on religion, its madness, its most hidden side. Taking quite literally Stephen King, who argues that “in order to scare the others, we need to talk about something that scares us”, he sketched a dark film that speaks of faith that, in real life, can be terrifying. And the fear of the unknown that religion gives us is more frightening than anything else.