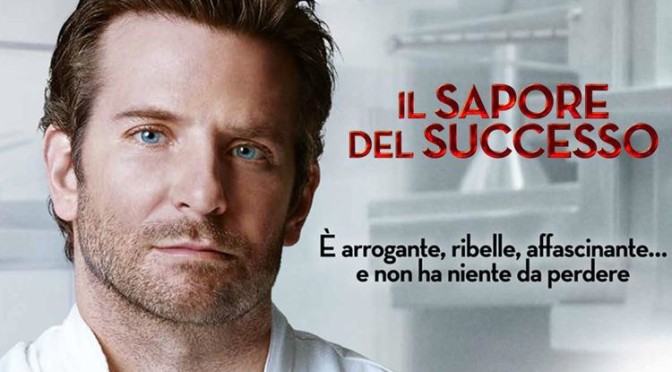 After reaching success and having been awarded with two Michelin stars, the famous chef of a Paris restaurant, Adam Jones (played by Bradley Cooper), destroys his career with his addiction to drugs and women.
After a period of redemption, spent opening a million oysters, he decides to go back to London, determined to open the best restaurant in the world and to gain the much desired third Michelin star. In order to achieve this, however, he needs a group of experts and so he assembles the best team possible: financer Tony (Daniel Bruhl), his friend Max (Riccardo Scamarcio), his old French workmate Michel (Omar SY) and most of all, his colleague Helene (Sienna Miller), one of the best chefs on the British market.
Adam’s desire of redemption, the cooperation of his team and Helene’s love will bring him to conquer the sought-after third Michelin star.
Bradley Cooper is supported by a great cast: in addition to the above-mentioned actors, Uma Thurman plays the role of Simone Forth, the most important food reviewer in London; Emma Thompson is Dr. Hilda Rosshilde, a well-known psychiatrist; while Matthew Rhys plays the role of Montgomery Reece, a top celebrity chef well-known all around Europe, who has already owned three Michelin stars.
Burnt, directed by John Wells, tells a story about love for food and cooking, but it also focuses on the importance of second chances.
A witty, funny film. But, above all, a film that can make one’s mouth water.