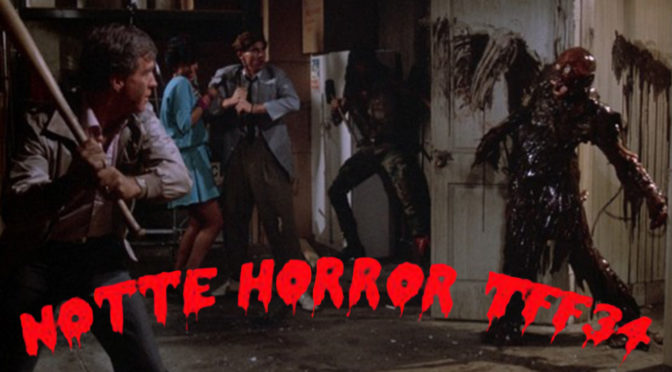 After last year’s success, the Horror Night returns to the Torino Film Festival 2016. They projected three consecutive horror movies from midnight to the first lights of dawn. The event was widely expected and a lot of people were queuing in front of the movie theatre Cinema Massimo. The audience warmly welcomed the announcer of the Horror Night, Emanuela Martini, with applauses and enthusiasm.

The movies’ schedule for the night was really appropriate for this special event. It began with Christophe Deroo’s “Sam Was Here”, that is a great piece of the horror genre able to combine dystopian and psychological aspects and that lasts just 78 minutes. It followed “The Return of the Living Dead”, the Dan O’Bannon’s hilarious American cult from 1985, which brings together zombies and punk. Last but not least, there was Koji Shiraishi’s “Sadako V Kayako”, in which the two main characters of Japanese horror movies meet up (“The Ring” and “The Grudge”).

The Horror Night has fast become one of the most original and appreciated experiences of this Festival, also thanks to coffee and croissants offered during the projections. For all these reasons, it is clear that people cannot wait for the next year’s Horror Night.