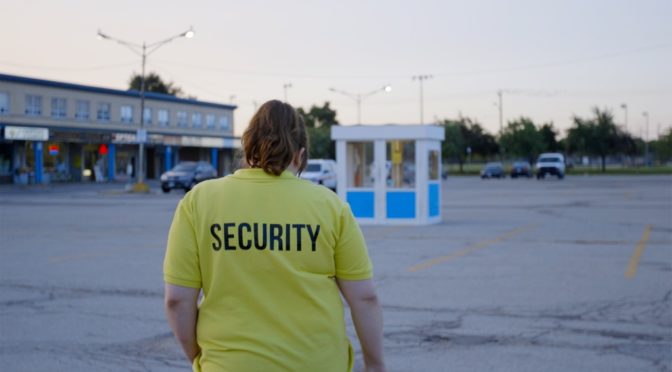 Sadness and loneliness are the denominators in common of Betty and Danny, the two main characters of the movie.

Betty is an overweight girl that works in a permanently empty mall of the ‘60s as night security guard.

Danny, the guy of whom Betty’s bang into (that takes advantage of her attentions and cares), when gets fired from the mall’s bar, has to look for women to whom sell Avabor’s cosmetic products.

The presences of the two actors are surrounded only by the ones of two other guys of the security and the ex-girlfriend of the barman. These figures will represent, in the end, obstacles on Betty and Danny’s path, only capable of acting cruelly and jumping to conclusions without even having a dialogue with each other. Little is known about Betty’s parents, just that her mother is away for a few days. But her absence seems to be permanent, not temporary. Her friends are there but not really present, because they are always shoot from behind, engaged in senseless conversations.

Just like the number of characters is strictly functional to the story, the information about them is reduced to the minimum. The dialogues often happen via chat or, sometimes, by phone.

Wexford plaza is a dark drama, with static framings, that highlight the emptiness and loneliness of a world without colours. Even if Betty and Danny try hard to change their condition to give their life a true meaning, their fate will be painful, giving them only disappointment.