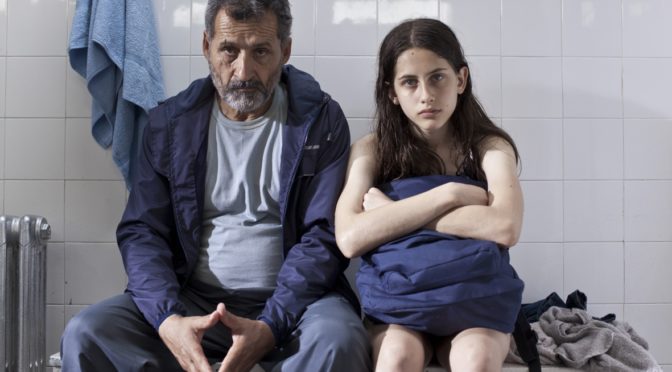 Arpón stages a conflict/cohesion. It is a drama, written and directed by Tomás Espinoza, a Venezuelan director. He takes part in the competition with his first feature film. The main characters are a man and a little girl. Even though they are antagonists, they have in common the desire for rebellion.

Germán, a middle-aged man with a gloomy look, is a school principal. He always searches the backpacks of his students to confiscate dangerous objects. During a check, he fights with Cata, a determined girl whom resists him. Germán reacts aggressively in order to impose his authority.

The students and their parents are indignant. Anyway, he will have a possibility of redemption: Cata has an accident and Germán has to take care of her. They give up arguing for a while and begin to know each other. On one hand the cares of an apprehensive adult feeling responsible; on the other hand, a little girl victim of stereotypes. 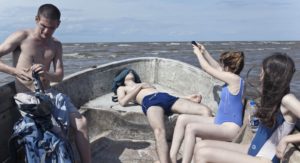 The film focuses on the youth and on their necessity to follow the dominant aesthetic values. Cata hides a syringe in the backpack. She doesn’t use it to take drugs (as the principal believed), but to blow her and her schoolmates’ lips up. They are obsessed with the idea of being liked, in a society in which the only way to be accepted, is represented by appearance.

Another important element is the oppressive presence of smartphones. To highlight this aspect, each text message is on-screen text. It is an alienating communication media, which underlines the main character’s loneliness, but it also is an  unavoidable instrument for the divulgation of scandalous contents. The students indeed, haven’t an active role in what happens around them because they just film everything with smartphones.

The adults are portrayed  with their weaknesses, unable to interact with kids and to take care of them during a delicate period such as the adolescence. Germán states he wants to protect his students from external dangers, but the will to exercise his power prevails. He seems to be a teenager too, rebel and impulsive like his female antagonist.

The trembling camera follows the characters, spies them, focusing on their eyes. There are several close-ups, useful more than words to communicate feelings.

Photography is characterised by toned down colours and a cold light. It conveys the inner pain and the lack of love of the protagonists. There are images out of focus, white and blue are the predominant colours, suggesting a sense of vacuum and loss.

Concerning the visual aspects, it is an incisive film, but concerning the narration, it has some gaps. The relationship between the two characters is not told in a thorough and captivating way. Consequently, the viewer is not able to empathize with them: their interaction seems to be unnatural. 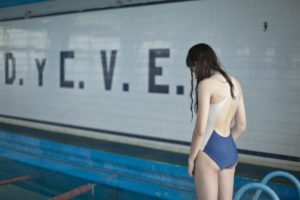 In the press conference, Espinoza revealed some details of his film. The title Arpón, harpoon, is a plot device and the symbol of the Germán’s power. Like a fisherman, he chooses his prey in the sea of the school: Cate and, he decides to catch her. Maybe, he mirrors himself in her.

The story about the preparation of the debuting and inexperienced actress Nina Suárez (Clara) is interesting too. The director has led Nina to identify with her character, not by acting, but playing music and dancing: an odd musical genesis of interpretation.

Arpón is an interesting debut, which suggests us a successful future for its director. He is working on the second feature film and a tv-series.