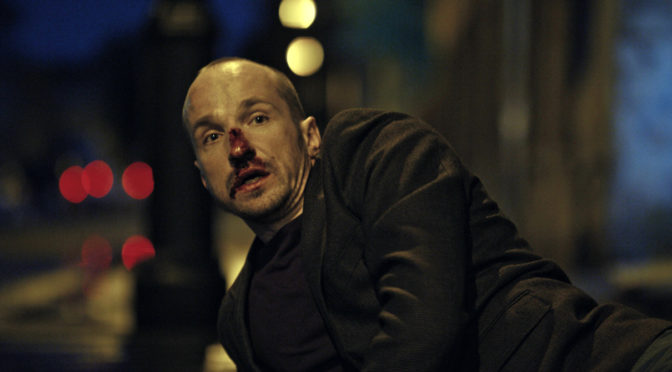 After The Man with the Orange Jacket, the Latvian director Aik Karapetian comes back to the TFF with a disturbing, psychological thriller able to worm its way into the darkest depths of your mind.

One night, a couple returning home from a party is mobbed by a rider. After a brief scuffle, Francis is forced to look at his wife getting harassed and robbed by the aggressor, unable to react. In the following days, more and more obsessed by what happen and feeling that his role within the couple is in danger, Francis decides to find the rider. Soon, however, he will find himself involved in a series of events he would never have wanted to face and he will have to fight a harsh battle against his deepest fears.

Karapetian narrates the story of a man who progressively loses all his certainties, feels the identity he developed with his wife slip away and starts a fight with himself. The shaky plot is subjected to the purpose of disoriening the audience, making them doubt what is real and what is part of their imagination.

From a technical point of view, the director’s choices seem right. The leaden mood and the grey and dark shades used in photography cause a feeling of oppression and asphyxiation. The heavy psychological part of the movie is increased by the frequent close-ups and changes between focus and off focus that make you perceive the interior awkwardness of the characters.

The film proceeds in a spree of tension: the relationship with his wife seems, at this point, damaged; Francis fights at the border between conscious and subconscious, more and more haunted by the past, and sees visions of an obscure creature of which he cannot get rid.

Enclosed within the “After Hours” section of the festival, Firstborn should certainly be considered an important piece of work, recommended to those who want to watch a thriller set in the cold and gloomy landscapes of Northern Europe. Even though the plot developments might seem a little confused in the second part, it is reasonable to think that it was exactly the director’s intention.