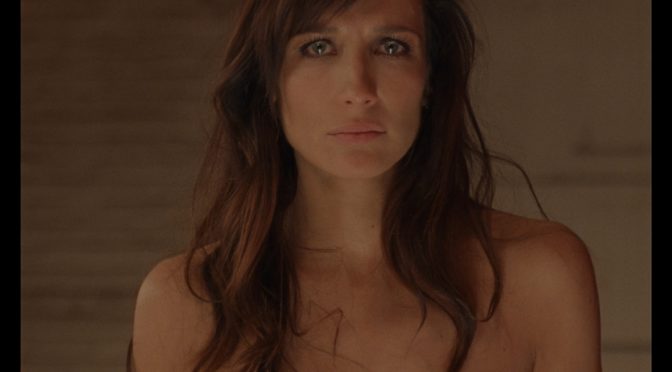 A series of young beautiful women who are being filmed – spied on – during their everyday life in the crowded streets of New York. This is the opening scene, during which the camera, that represents our gaze, suggests than any one of them could be the main character of the story. Any one of them could be subjected to what the future holds, instead, for Luciana, a Spanish immigrant living in the city where dreams come true. Or at least they should, according to the “American Dream”.

Luciana tries to make ends meet by accepting occasional temporary jobs, that sometimes are even humiliating, taking advantage of barely legal tricks and of her beauty rather than going back home: Spain only holds painful memories from her past. Because of one of these jobs, she will find herself in the middle of a dangerous game, created for the pleasure of a few privileged people.

Most Beautiful Island is the first movie created by Ana Asensio. Asensio has not only written and directed this feature film – which is presented in the “After Hour” section of the Festival –, but she also stars in it as the main character. The movie is divided into two different narrative sections. The first one takes us into one of Luciana’s typical days: we follow her in the streets and parks of the Big Apple, in cafés and grocery stores; we spy on her while she looks in the mirror in her bedroom, while she undresses on her way to take a shower. The gaze holds an important role in the directing choices: the voyeurism, typical of the cinematographic experience, reveals in advance the mechanisms of “perverse vision” that will develop in the second part of the movie, which is shot on Super 16mm film. The first part of the movie is set almost like a documentary: the grainy images, the unsteadiness of the frames, their length and the nearly total lack of a soundtrack stand as the expression of the search for verisimilitude, which inspires the narrative matter itself. Just like Luciana, many more girls – both in the fictional universe of the movie and in real life – resort to their physical appearance as a source of income for a lack of better job prospects.

Nevertheless, despite these premises, which justify the phlegmatic pace, the ending of the first part struggles to create the necessary suspense to launch the second one, during which the movie starts to show the characteristics of a thriller, in particular a psychological thriller. When the day turns into night, Ana Asensio – both the director and the character – crosses a line, and she risks not to be able to find a connection with everything that was shown before. The path she takes leads us to a claustrophobic and glacial place, which is inhabited by people who cannot be called “people”, as they have lost their most human, natural part. Playing with the trope of trying to obtain strong emotions from a wealthy and lazy audience, the one that will manage to cause those emotions will be an animal counterpart, during a distressing montage that holds the suspense right to the end.

“Most beautiful island”, the one mentioned in the title, the one yearned for by Luciana to start a new life, seems not to be the one she is in, and leaves us pondering on the legitimacy of the “American dream”.