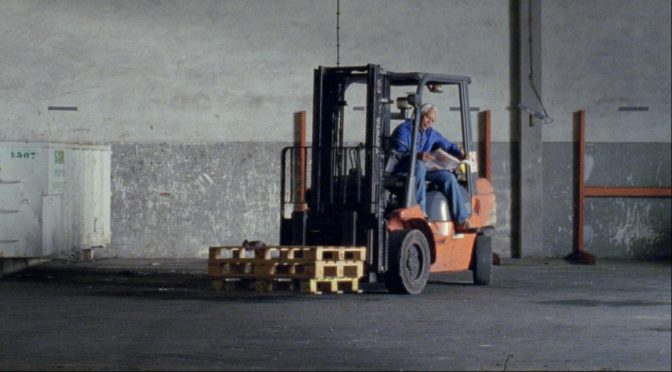 In Lisbon, struggling with the economic crisis, the workers of an elevator factory have to fight the closing of the plant. They planned its occupation and ended up running a factory without managers, suddenly vanished. A period of inactivity begins. All workers wait for the end of their work shift, standing in front of machines off.

The main themes of the film are: the crisis, capitalism and social classes. The movie deals with these issues, ignoring the workers of the inactive factory. It focuses on the life of one of them: his personal relationships are collapsing and he is broke because of the occupation. The occurrences will lead to the total loss of hope, which permeates the film until the end, despite the final turn of events.

A fabrica de nada is like a mosaic: the elements of the Lisbon microcosm, which coming together , offer us a broad view of the European crisis and convey the discomfort of the workers and their sense of impotence. The dragged days and the isolation are the main feature of  the film which, except for some scenes of humor, goes slowly toward an out of reach ending.

The use of the 35 mm size is remarkable. Photography portrays a realistic and authentic world with a documentary style. Therefore, the viewer wonders what has actually happened and what has been invented. The director, in some scenes, reminds us that we are watching a fiction movie: in the last dialogue between a worker and a journalist, for example. It seems a direct recording story even when the film suddenly becomes a musical and one of the workers admonishes the others because they are singing.

A fabrica de nada is a fusion of different genres and stories, but unfortunately it is not particularly incisive.