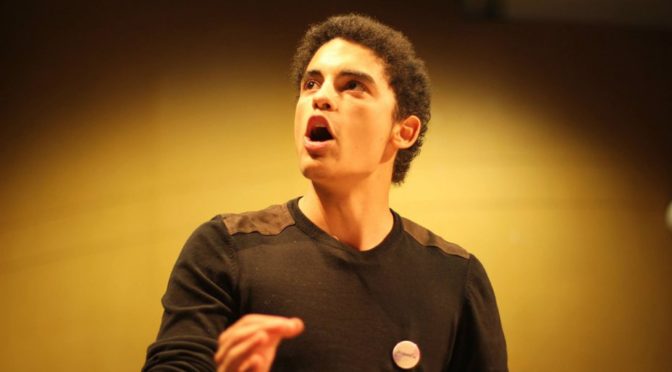 At the university of Paris 8, in the 93rd district of Seine-Saint-Denis, north of Paris, a competition called Eloquentia has been taking place for six years. As you can all guess, the tournament is about the art of public speaking: the contenders, students who live on the outskirts of Paris and come from all kinds of social backgrounds, are trained by various word professionals, such as lawyers, actors, drama teachers, and managers. After six weeks of hard work, the kids will have to demonstrate their abilities in front of a jury, that will then choose “the best public speaker of the 93rd”.

À voix haute – Speak up! is a documentary by Stéphane De Freitas, and his first feature film. The director shows us what happens behind the scenes of this weird tournament, which is not that different from rap freestyle battles and poetry slams, or even from lawyers’ closing arguments and theatrical performances. To give a speech is a bit like fighting a war where, in the end, ideas are the real winners. For the duration of the film (ninety-nine minutes), we follow the training of these kids who, with their creativity and spontaneity, almost seem to forget they are being filmed, managing to move us deeply and touch our hearts. 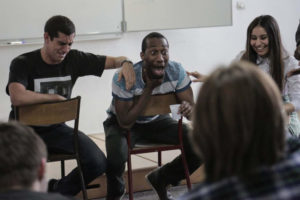 The Portuguese director, who grew up in the very district of Seine-Saint-Denis, is also the founder of this competition which, according to his words, was created “to teach kids from the suburbs how to master the art of public speaking, and to help them believe in themselves in order to make their dreams come true”. It’s a journey De Freitas deeply cares about, as he himself was treated as an outcast when, once he became a professional basketball player, he had to move from the outskirts of Paris to the heart of the city, colliding with a world radically different from the one he was used to. 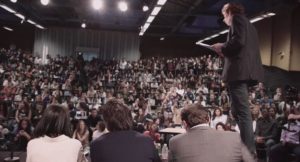 The idea behind Speak up! is reminiscent of French values: it’s almost as if in every word of the film echoed the revolutionary eighteenth-century motto “Liberté, Égalité, Fraternité”, which would later become France’s national motto. The idea is that words are a way to set us free and forge our own identity, always with mutual respect for one another. They are a way to make our dreams come true.

Let’s be honest: how nice would it be if every school, if every university, had a competition like Eloquentia? It could accomplish so much. But we don’t want to lecture you about the ugly and mean society, that has forgotten how to communicate under the weight of its diabolical electronic devices. We have no choice but to live with them, even if they might not be the great obstacle to communication that most people believe them to be. However, this is what the film wants to convey: nothing is stronger than clear and honest words, capable of reaching your heart through your head (and through your belly: let’s not forget to breathe with our diaphragm!). There’s a reason if the second part of the French title is La force de la parole (“The power of words”).

So, go watch this documentary, if only to smile and dream for a little while.