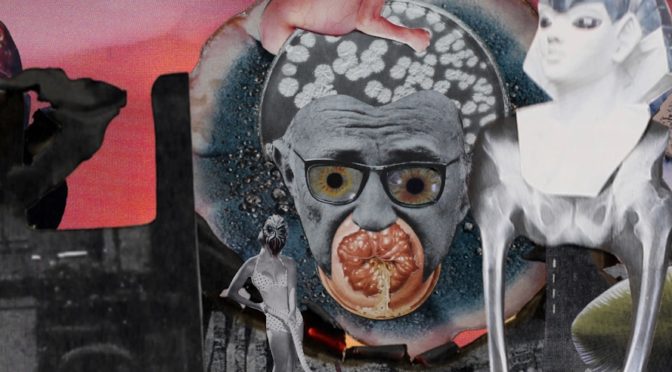 Kuso, created by Flying Lotus, presented in the section “After Hours” and scheduled for “Notte Horror”, created quite an uproar also at Torino Film Festival. After Sundance, some viewers have ran for the door even in our Turinese cinema, horrified and grossed out by the psychedelic trip created by this electronic musician and rapper from Los Angeles. Because the movie by Flylo it’s not a movie, but a shocking experience deliberately provocative.

Let’s start with a few words on the title: “kuso” is a vulgar Japanese term that can be translated as “shit!” and in Internet culture, the deepest of the web, linked to the gamers community, denotes all that’s parodistic, outrageous, low-quality, exquisitely Camp. And, indicatively, this is what it’s about, Kuso, with its four main sequences: to summarize the plot would be impossible, considering that it doesn’t exist an organic one. There are, however, well-defined sections, short films presumably all set in the same “universe”, linked together by a Griffith-like parallel editing to mention its most renowned founder. To delimit the passage between the different sections there is the white noise of television of an ironic meta-textual nature – like some sequences – or musical breaks accompanied by visual experiments, two or three dimensional graphical representations, distressing and grotesque. These are the only two guidelines to travel in the rotten environment created by Flying Lotus, inhabited by human beings with physical deformities and evident scourges, at ease in that squalor and survivors of a mysterious quake, the only recurring element in the different sections.

Disgusting perversions, eschatological obsessions, body fluids and mental illnesses – typify the characters and the film: a body horror, but also a comedy with a humor completely sacrilegious, really close to the humor of the web and to the phenomenon of its community, from the memes to David Firth. One of the screenwriters of the movie is indeed the mind behind some creepy short films that are circulating on Youtube, like Salad Fingers or Cream, with a strong visual impact. There are plenty visual references to Lynch, Cronenberg, masters of the disturbing, here swallowed and digested in nonsense dynamic. Stomach acid and fecal matter, this is what we are watching; it’s the director himself to suggest this through its characters, ably winking to the audience.

Kuso is an episode for adults with a strong stomach of Leone il cane fifone; it’s the love child of Cartoon Network and Chris Cunningham, foulmouthed and compulsive. It makes fun of the art with a mechanism similar to the ones behind “dada” or Merda d’artista by Manzoni. Therefore it’s useless try to make a sense of it: the dialogues, full of slang, seems almost misanthropes and of social critic, but they are immediately followed by others that are totally schizophrenic and abstract. Schizophrenic are also the techniques used – shooting in real life, digital animation, stop motion – and a soundtrack that stretches from musical to jazz to electronic music, that include Aphex Twin, who worked with Cunningham to the video clip of Come To Daddy – possible visual influence along with many others.