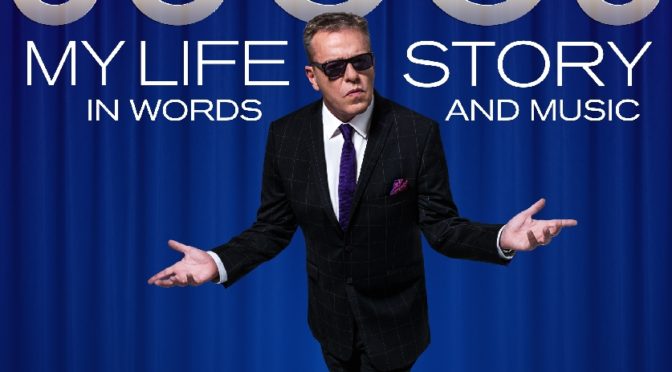 Guest director of the 33rd edition and inspiration for the poster of the following edition (which image is a remake of a 1986 Absolute beginners’ scene), by the time, Julien Temple has become a regular guest at Torino Film Festival. Her name also appears in the ongoing edition within the section Festa Mobile: main character of her last film is Graham McPerson, best known as Suggs, The Madness’ frontman and one of the most important exponents of the 70’s and 80’s British ska scene.

Suggs plays himself (in line with Temple’s original style to bring the artists into the movie) and talks about himself, following a typical talk show format. In a small and intimate theatre, the protagonist talks about himself, not only recounting his own private life but also the origins of the group, and selects a special moment to do it, his fiftieth birthday. Two other stories overlap this sort of “Suggs Show”: the 60’s and 70’s sporadic live shows flap McPerson’s attempt to find his father, who abandoned the family shortly after his birth. Then, we follow the research of the main character until the discover of his father’s death certificate («a nice man, despite everything» as his mother used to remind him) which occurred many years before, when Graham was simply Graham. There is not room for shedding tears or feeling sorry: Temple decides not to dwell on this matter for too long, or at least, not to face it with the emotional charge it should carry. The last thing worth to ask is the reason why the director decided to allow room to this intimate and private side of The Madness’ leader, without further exploring the issue, describing it as a mere television drama. Some doubts also concern the choice of a first-person narrator: it is almost like McPerson dresses the part of a noir detective while retracing the stages of his father’s research. 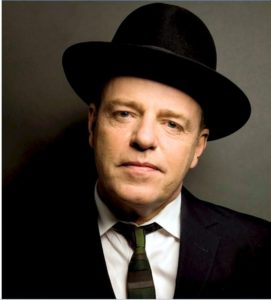 British scene, British humour: ninty-six minutes, most of them marked by the blast of Suggs’ lines (to which the British audience promptly replies), some of them successfully delivered, others overly strained.

Worth mentioning is the special footage by which Temple takes us back forty years, among coloured Mohawks, leather jackets, hooligans, fights in clubs and ouside concerts. Above all, it is a journey in the history of music, from The Kinks, to The Eater and The Beatles. «Any excuse to dress up and get messy»: an ode to the freedom of those years and the regret of not been able to remember them (even if The Madness are still active).

Julian Temple dares with specific directing decisions, some of them right, others less. Regardless of this fact, we like to notice that Suggs, even though he wears nice clothes, he remains the usual “nuggy boy” of his youth.