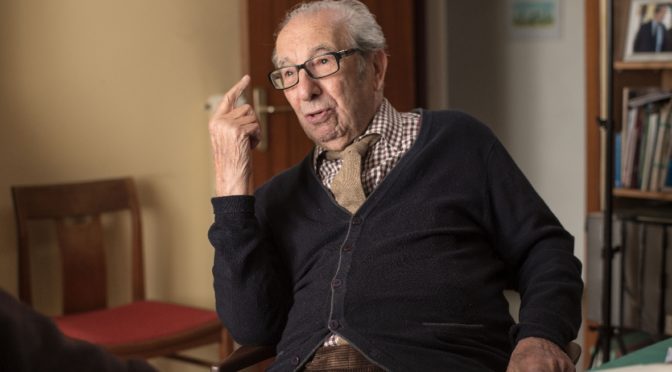 On the 29th of November, a special screening of the documentary “My War is not over” – shown in the section Festa Mobile, but not competing – coordinated by the Dams, took place in the Quazza Auditorium of Palazzo Nuovo, in the presence of Harry Shindler, Marco Patucchi, director Bruno Bigoni and professor Franco Prono.

My War Is Not Over, based on the homonymous book by journalist Marco Patucchi, tells the story of Harry Shindler, an english soldier part of the Sherwood Foresters who, in 1944, when he was barely 20 years old, disembarked in Anzio with the Allied Forces and fought to free Italy from the Nazi forces. Harry Shindler is now 96 and already planning his 100th birthday party; he lives in San Benedetto del Tronto and he is a Member of the British Empire, a title bestowed on him by Queen Elizabeth II.

In WW2, Harry became an adult, and after that he made it his life calling to be a “memory hunter”, as he is often called. He understood a very important thing: the war wasn’t over for the families of many of the soldiers who fought in it. There were mothers, wives, children, brothers who never got to know where their loved ones were buried, and, because of it, cannot find peace. Shindler has therefore decided to solve those cases, to be finally able to say to those families and those soldiers “Your war is over”.

The idea for the movie came to Bruno Bigoni by thinking about the military cemeteries that can be found all over Italy, where young soldier – on average, between 20 and 22 years old – rest. When Bigoni heard about Shindler story, he realized it was the right to story to tell to spring a reflection on historical memory and on the importance of preserving it. 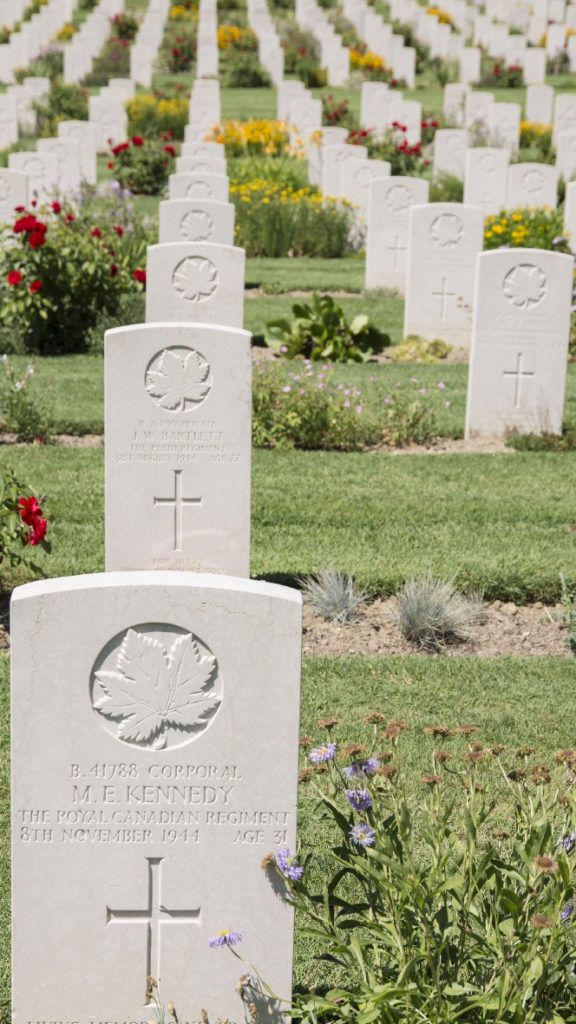 The film is a touching and moving medium-lenght movie, whose opening scenes capture a vast beach flayed by the wind and the waves, an image that immediately recalls one of the visual topos that many movies taught us to associate with World War II.

Using the same approach as Patucchi and Shindler use in the book, Bigoni retraces three cases Shindler worked on. The first case is the one on Gabor Adler, a young jewish Hungarian man who served in the british army under the name of John Armstrong, who was killed in La Storta Massacre in Rome and, for 60 years, was marked down as “Unknown Englishman”. The documentary then continues with the (still unresolved) case of flight officer Bob Millar, who disappeared with his plane during a mission to bring provision to the partisans in northern Italy. The last case is also the most well-known: it is the one of Eric Fletcher Waters, father of Roger Waters. The bass player and lead singer of Pink Floyd never knew his father and , for 70 years, he relentlessly tried to retrace his history. Roger Waters’ war ended as well thanks to the work of Shindler.

The stories of these soldiers are often narrated from their perspective, and from their white headstones arises the voice of those young people who had to write their will in their twenties, who don’t even know when they died, who don’t understand how they got six feet under: Bernard from Cornwall, Richard, scottish Paul McGregor…

Time heals all wounds, but it doesn’t fill the hole in the lives of those who are still here. Shindler tried to fill those holes in the memory for his whole life, and Bigoni’s movie is a moving and heartfelt homage both to the man and his work. Bigoni himself took over the responsibility of keeping the memory alive, and the interesting debate that followed the screening highlighted how the lives of those young people left a trail that can be seen by those who want to follow it. He wanted to give them a voice, because “memory should be the backbone of our society: giving them a voice also means giving a voice back to all of us.

During the debate, there was also time to reflect on the present day, and how today’s victims are not those unnamed soldiers in military cemeteries aymore, but the young refugees who died in the Mediterranean sea, that has become an enormous cemetery. It is also necessary not to underestimate the new fascist tendencies that are becoming more and more popular in Europe, because “the massage of the book and the movie is that memory and the act of remembering should bring people not to look the other way while freedom is being denied. Nowadays, people are in danger, it is real”.

Harry Shindler took the opportunity to reiterate how important it is to understand what brought the world to war, since forgetting means it could happen again: “This is the biggest danger. The new generations have no idea what war is, they don’t know about the suffering of the people. We won, but at what cost? The victims cannot talk anymore, but I can!”

The cinema has all the instruments to give a voice both to memory and the present day, and “My War Is Not Over”, by telling the story of Harry Shindler and all the wars he put an end to, is successful proof of it.