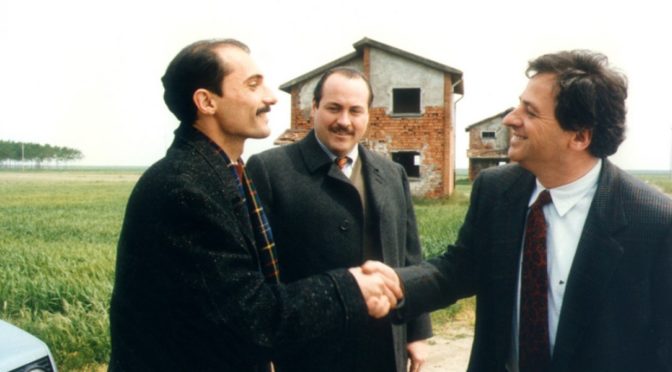 In this thirthy-fifth edition of Torino Film Festival, there are many deserving and interesting movies, and we don’t have to forget the renovated movie Notte Italiana. This movie was released in 1987, thirty years ago, and it highlights two essential beginnings: on the one hand, the production was directed by Nanni Moretti (it was the first movie made by Sacher Film). On the other hand, the dear departed Carlo Mazzacurati, as the director. Mazzacurati worked as an active director from the 80s to 2014, when he died. He is well-known to have described the troubled situation in the Italian North-East areas close to the new millennium. In this first movie, we can see him dealing with his territories, the foggy delta of the River Po and his swampy countryside.

The lawyer Otello Morsiani is hired to estimate a land, but the task turns out to be hard and complicated. He discovers an intricate skein of exchanges and economic favours which reaches the accident of a mining inspector, dead drowned in the river. The movie begins as a comedy and it ends as a rainy noir full of surprise.

After thirty years, we can see the prophetic value of the movie, although it would be better not to talk about a Mazzacurati’s divination, but it is better to say that the well – known problems of this country were obvious at the end of 80’s to a man focus on the evolution of the situation as the director was. ”Everyone does the mess, and we try to save our country.” says Checco, a corrupt surveyor involved in building speculation. His words are extremely current, as current are subjects such as the unauthorized development and the intensive use of the land that come to deprive the land of the support needed.

Presented at the Festival on Sunday 3 November by Marco Messeri, the leading actor, and by producers Nanni Moretti and Angelo Barbagallo, the film is an opportunity to rediscover the work of one of the most far-sighted Italian authors of the 2000s.