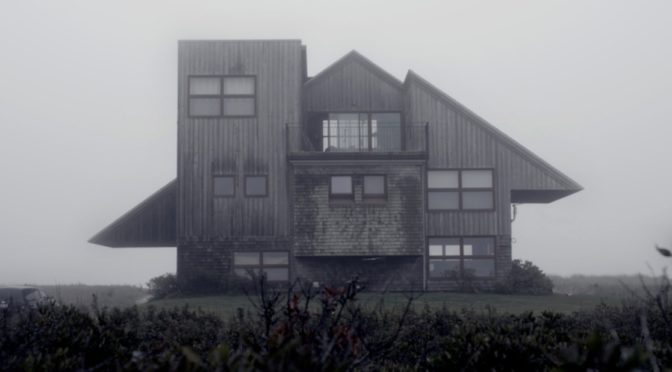 A mother and her son, alone in a godforsaken house along a grey and sandy shore. It is always hard to deal with loss. Beth hopes that the peace of the beach could put life on a normal footing. She throws herself at the multiform and multicoloured abstractionism of her art, but she feels nothing anymore. Emotions are blown away, are lost in the sea that seems to hold everything to the headland, without leaving a way out. The two of them are contained in a dreamlike blaze in which the stranger presences come to life, threatening to separate them for an higher truth.

A story wrapped in mystery the one concerning the second work of the Canadian director Seth A. Smith, who does not give up on directing an ambitious horror movie with some vaguely Lynchian mood, despite the limits unavoidably required by an independent, homemade production, with his wife Nancy Ulrich dealing with the production and his son, baby Woodrow Graves, as main character. 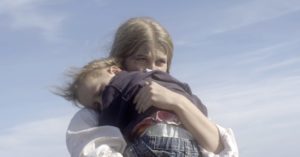 Moreover, the way the movie is introduced is surely ambitious: a few, steady movements of the camera, rather calm and detained than unexpected, a very slow pace that make the audience think nothing could happen. One day follows another among a walk along the beach, funny shaped paintings and children’s books. The grayish tones of her palette makes the public doze off, nearly leading them inside that apparent peace in which the characters are living. Then the twisting. The chromatic strength of her paintings grabs and throws back to reality. Thus, interchanging these two moments until the end of the movie, Smith shows the audience the way towards the final truth, always on the verge of reality and illusion, the true and the false, just like a dream.

It is ambitious, and honestly very brave, the choice to let baby Graves the stage in many parts of the plot. Anyway, the child seems to be comfortable in front of the camera and he hits the audience with the ease and sweetness of his dialogues that, since he is two years old, cannot be fully considered in an acting consciousness. 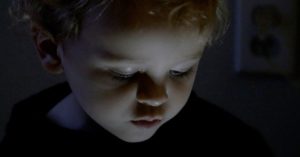 An “indirect naturalness” that, linked with some moments of daily routine chosen by Smith, creates a sort of documentary, that acquire a certain importance for the ultimate aesthetic performance, precisely because of its destabilizing appearance.

The movie lies, cheats and confuse. Suddenly, the spectator does not know where the characters really are: in a scary house on the beach or simply inside a nightmare. Now than ever, the truth seems to be hidden there, in the moment the Moon is not full yet, a crescent moon indeed, in limbo between life and death.