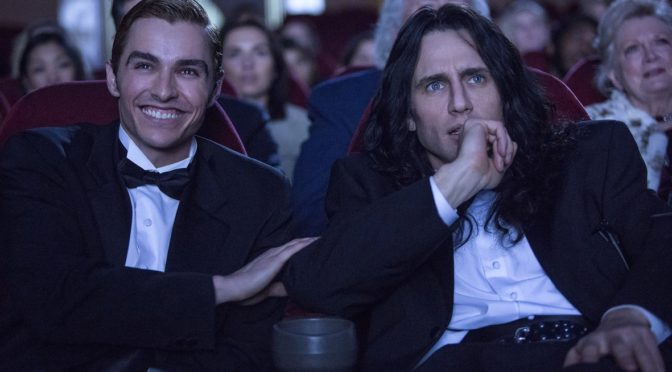 There are some particular moments, that are very rare in the entertainment industry, or in the art industry or even in sports, or in business that are supposed to involve talents in general, as we often see in the media. The are those moments in which anomalies, short circuits happen, as if a superior force is rebelling to this imposition that makes success available only to the best, the most talented. “I am a loser baby, so why don’t kill me” sang Beck in one of his greatest hits: he was talking about a class, still unknown to the audience in the ‘90s, the losers, those who lack talent. In 1998, four years after that song came out, Tommy Wiseau became that loser. 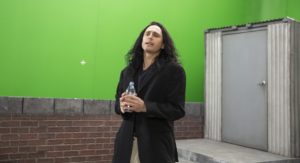 Wiseau is actor without any ability, but he has the dream of earning his place besides stars like James Dean and Marlon Brando. “Just because you want it doesn’t mean it can happen” is what countless Hollywood producers tell him. So, together with his best friend Greg Sestero – who is an actor too, and is just as bad as Wiseau – he decides to produce, write, direct and a act in a movie by himself. In 2003, “The Room” is finally in theaters.

Obviously, the movie is a disaster: there are numerous continuity errors, subplots that are opened and never developed, out of focus close-ups, and countless series of acting errors. The outcome however is surprisingly good, and here is where the short circuit happens. The movie gains success, even if it’s not the way Wiseau imagined: the movie is so bad that people actually like it, and they are willing to see it multiple times so they can laugh at the ridiculousness of some scenes.

Telling the story of this modern-day Ed Wood is James Franco, who is most known as an actor but is also a director, capable of making an excellent adaptation of Sestero’s book. As an actor, he is able to mimic every any characteristic down to every detail, from his jaw movements to his typical evil laugh to the east-european accent; as a director, Franco provides the audience with a well-balanced mix of biographical drama and comedy, leading also to unexpected moments of sentiment towards the protagonist and his hopes and dreams. Franco pays tribute to all the outsiders that have to fight to find their place in the world.

To this day, “The Room” is considered a cult movie, the “Citizen Kane” of bad movies, and Tommy Wiseau still maintains an aura of mystery around him: nobody knows his real age, where he comes from or where he got the alleged 6 million dollars needed to  fund the movie.