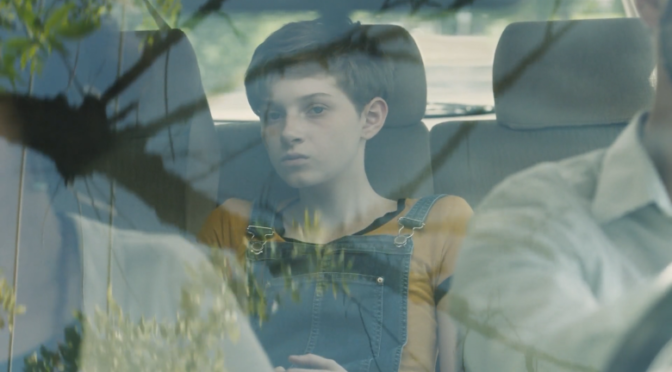 They is (or better yet are, since they speak of themselves in the plural form) J, a fourteen-year-old who is not yet sure about their gender identity and who chose to stop, through medical procedures, their body’s development, in order to take some time before deciding if they should keep on living in a male body or start a transition process.

They is the story of a bunch of people who find themselves in an unclear and shaky situation, and have to make a choice.

J’s condition is constantly compared to their sister’s and her boyfriend’s: the former doesn’t know if she should accept a job offer which will force her to travel, while the latter is torn between his wish to go back to Iran and his fear of getting stuck over there and never being able to come back to Chicago. 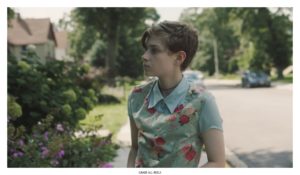 Watching this film is an incredibly calming experience: the scenic design, the many flowers’ details and the trees’ shots blend perfectly with the leitmotif of J’s poem, conveying a feeling of tenderness and the desire of leaving this work incomplete.

Case in point, J’s and the other characters’ stories have an open ending, which is probably the only downside to a film that could have been otherwise considered almost a masterpiece.

As pointed out by executive producer Zoe Sua Cho and actress Nicole Coffineau during the press conference, They deals with a very delicate topic in an extremely honest and non-rhetorical way, traits that can be distinguished in the characters’ behavior as well. The producer also stated that, according to her, this film is the natural continuation (as regards the subject matter) of Anahita Ghazvinizadeh’s previous short films, which focus on children and topics such as the exploration of notions like growth and gender identity. 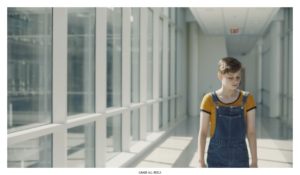 It is clear that the Iranian director wanted to show her own origins and traditions, especially in the middle part of the film when J, their sister and her boyfriend find themselves at his Iranian parents’ house. In these scenes, the movie is permeated with a chaotic atmosphere. The tenderness and austerity of the previous scenes are momentarily abandoned, and J is confined to the role of indifferent onlooker.

However, the feeling conveyed is that these moments, which last way too long, cut short J’s story and ruin an intimate tale that had much more to offer.