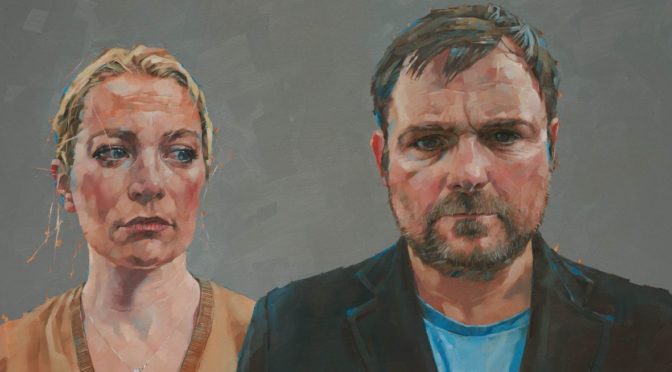 “If they don’t dance, they fight”. With these words Colin, the oldest son, tries to keep his relatives from fighting. The Bursteads are a disfunctional family, who decides to spend New Year’s Eve in a country villa in Dorset. Colin tries to keep everything under control but the sudden comeback of his brother David – reckless womanizer who abandoned his wife and kids –  brings back his old deep resentment against him.

Veteran of the Torino Film Festival, where his films High-Rise and Free Fire were presented, Ben Weathley enters this year the Festa Mobile category, with his dramatic comedy Happy New Year, Colin Burstead. If in his previous film Free Fire the characters battled each other with unceasing gunshots, the bullets used in this movie’s fights, are words. This big family uses insults, spite, confessions and retalaition as weapons of a war in which there are no winners.

Happy New Year, Colin Burstead is an ensemble movie where the numerous characters are barely explored within a substantially static narrative arc. Wheathley shows the dialogue exchanges through a fast and fragmented pace which mirrors the fragmentation of the relationships between family members and their numerous fights. The shots are visually powerful and they set the pace for the rapid comebacks, which are shown through the various contendant’s eyes thanks to sudden focus shifts.

A carnage of hurtful words, from which one can save himself either by getting away from his family or by forgiving the other’s and his own mistakes. David, who was hated by everyone, manages, after five years away from his loved ones, to clear things up inside of himself. He comes back to love and to be loved in return. We think that forgiving means to put our head down, to show weakness. Is it right to forgive someone who intentionally hurt you, especially if they’re part of your family? But clinging to resentment and basking in it as Colin does, only makes relationships more difficult. Colin holds so tight onto his grudge that the roles are reversed. Can we forgive our loved ones? Can we forgive ourselves? These are some of the film’s questions which make us reflect on the fact that if we can’t forgive our own mistakes, we’ll never be able to forgive the other’s.