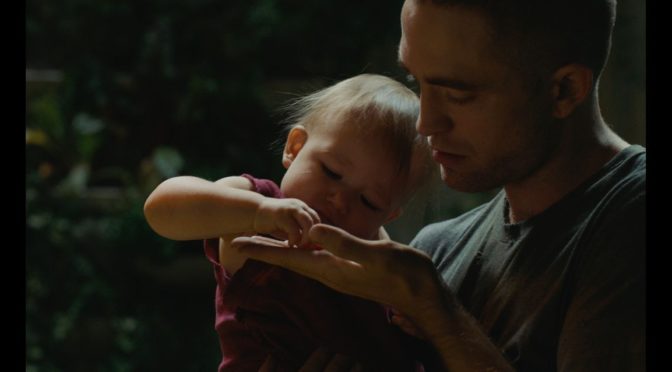 Deconstructing the concept of genre, emptying it of any previous framework, is Claire Denis’s well-established habit. This time, the French filmmaker decided to do so through science fiction, keeping in mind her usual trademark approach.

High Life tells the story of a group of convicts, lifers and death row inmates who choose to spend the rest of their lives in outer space: in exchange for a pardon, they need to take part in an overtly suicidal scientific experiment.

Therefore, a sterile and claustrophobic spaceship is the only possible place to be for those who knowingly define themselves as outcasts. Here, the isolation and the lack of any way out inevitably give rise to bursts of violence and result in the regression of the crew to a quasi-feral state. The emptiness cannot be escaped, as insistently represented both on an aural and visual level; the lifeless bodies in the background as the title sequence appears seem to float into nothingness, and the constant presence in the soundtrack of a single, repetitive note creates an atmosphere of eternal suspension.

As we can see since the very beginning of the film, Monte (Robert Pattinson) is a man who is confined into his fatherly role, a contradictory relationship which keeps him continuously agitated even though it is his only purpose in life. Distancing himself from the rest of the crew, nurturing his own loneliness, seems to be the only lifeline he has to safeguard himself and escape from his imprisonment, choosing to pursue a monk-like chastity. 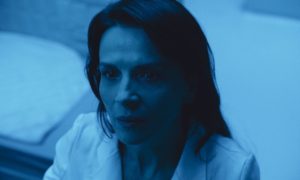 Doctor Dibs’ character, splendidly portrayed by Juliette Binoche, undoubtedly stands out among the others. She is a charming witch/priestess, a Medea with long, jet-black hair who devotes her life to procreation in order to redeem herself from the murder of her children. The woman’s obsession towards fertility leads to a dehumanized sexuality which is purposely detached from any kind of emotional involvement and relegated to pure physicality, as represented by the recurrent depiction of bodily fluids.

As the protagonist reminds us at the beginning, “Break the laws of nature and you will suffer the consequences”. This unwritten rule refers to an underlying sense of holiness, and transgressing it means breaking a taboo: it is not a coincidence that this is the first word Monte teaches her daughter.

And just as a consequence of the commitment to this holiness, represented by the love between father and daughter, the two are the last survivors in a world where only lovers can live, and they can sacrifice themselves in the final scene by diving into a womb-like black hole, giving birth to the primal light of procreation.