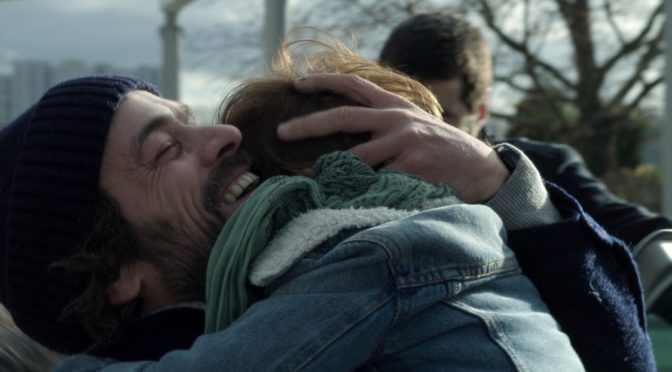 Two battles, running in parallel but intertwined, are evoked by the title of this brilliant feature and told with remarkable mastery.

Turin’s audience already knows Guillaume Senez for his debut film Keeper, winner of the Turin Film Festival in 2015. This year the French-Belgian director competes in the main section with Nos Batailles, that investigates the difficulties of a man facing the collapse of his every certainty.

Romain Duris perfectly fits the role of Olivier, a man dropped without warning in the problems of his two existential universes: work and family. If on the one hand he engages in the fight to improve the precarious working conditions of his factory co-workers by joining the union, on the other he is forced to face the consequences of being left by his wife (a fragile and enigmatic Lucie Debay). This sudden and lacerating abandonment brutally hits his two sons’ psyche, two frightened victims of undeserving guilt. Everyday life is nullified and must be redesigned altogether in a tension between the pain and the need to go on, rediscovering a central father figure and clinging to intermittent female figures, not without serious consequences. 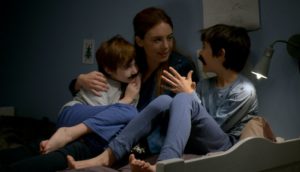 During the press conference, the director confessed that the genesis of the film traces from an autobiographical experience: during the shooting of his previous films he faced a separation and the consequent search for balance between his career in filmmaking and his role as a full-time father. The adherence between the author’s experience and the screenplay undoubtedly represents the key to the success of this film, which reconciles the warmth of emotions with believability.

The sense of authenticity of the film is improved by an accurate acting performance: the actors contributed to the efficacy of the dialogues through improvisation, providing the reenacted situations with extreme spontaneity, also with unplanned gestures, glances and silences. The film moves away from the artifice of the script to reach the reality of things. 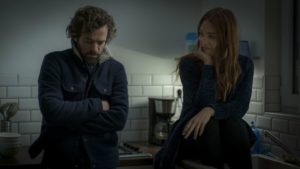 Along with a profound analysis of family dynamics, the argument of work angrily bursts through and manifests the intention of the film to trigger a reflection on the fractures of society and to discretely propose its vision of the world. As a matter of fact, it does not raise awareness in the audience by shouting a message with ferocity but by an effective accumulation of emotions, which are able to activate empathy even in the most cynical and disenchanted viewer.