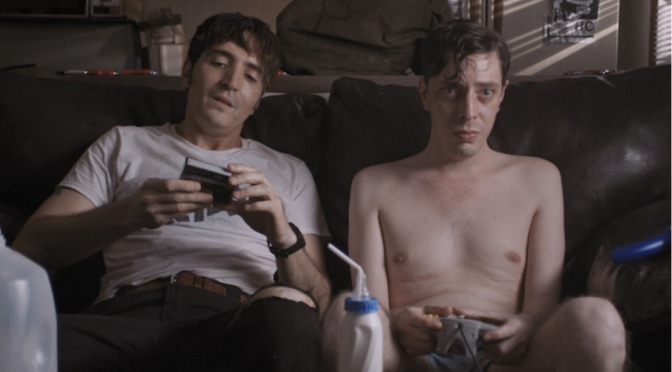 There are films easy to review and others that are difficult. Relaxer, directed by the American director Joel Potrykus, deserves to enter the second category. The film is certainly one of the most singular and eccentric experiences of the Torino Film Festival: not only comedy and drama, but also science fiction and gore – shown in a totally unexpected way – come together in a mixture ready to explode in the most catastrophic event among all: the Apocalypse.

The beginning is contained in a 360-degree overview, accompanied by a not so reassuring classical music with an epic nature, which leads us to the late 90s, in the apartment of the two brothers Abbie (Joshua Burge) and Cam (David Dastmalchian).

Their fraternal relationship is not ordinary: Abbie is clearly afraid of the responsibilities that maturity brings with it and, for this reason, he cannot bring any project to a conclusion nor, much less, the childish challenges that Cam throws down at him. However, Abbie finally decides to take hold of his life, accepting the conditions of the curious final challenge: get to the despicable level 257 of PacMan without ever moving from the couch, not even to fulfil his physiological needs. Cam abandons the apartment with the promise to return without warning, so as to caution his brother. 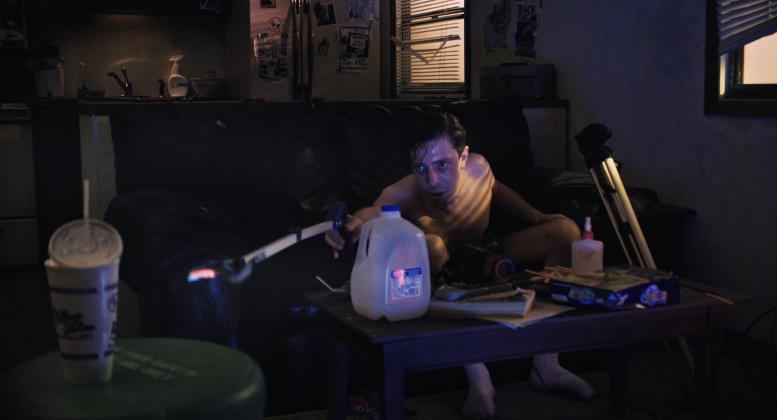 The claustrophobia of the film is disarming: framings are long and often fixed, with few overviews that accentuate the limitation of space and the conditions of the psychological pressure to which Abbie is subjected. This pressure is softened by comic interludes: a friend who should provide him with food, a nurse bearer of thorny truths, the man of the disinfestation who only speaks Russian.

At the dawn of the new day, will Abbie win the challenge? To find it out there is nothing else to do but watch this film, and get shocked, fascinated and attracted by its dark, mysterious but rather funny and ironic charm, which is able to make a cramped and dirty ambience acceptable and, at the same time, to accompany the viewer on an atypical journey in the 90s, immersed in the fear of the Millennial Bug.