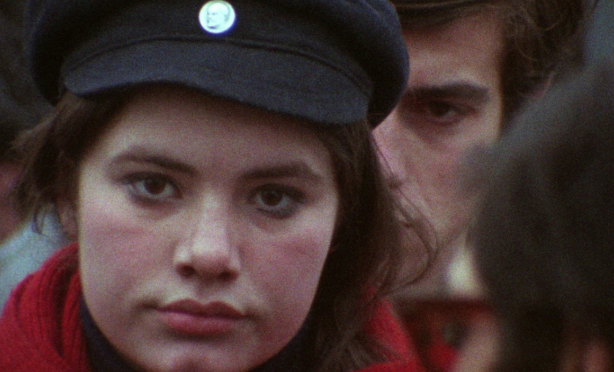 “But you are going to school…you went to school. If not, how can you say that books are like skylarks? I want to understand that. Then, I can criticise it. But only after understanding, and not just because you say so.”

This is how Fortunato answers back when he is overwhelmed by the idealistic words of students and workers. It was 1973 when Ettore Scola presented Trevico-Torino (Trevico-Turin:Voyage in Fiatnam in the English version), one of his most politically engaged works. This documentary-style film follows Fortunato, a guy from Trevico arrived in Turin hoping to be hired by the Fiat Automobiles S.p.A.

The film raises public issues, denouncing the misery in which immigrant from Southern Italy were forced to live once they reached the industrial cities. Without having a place to stay, or even any kind of human support, they lived with the ingenuous illusion of earn an income for their families. The film director, born in Trevico, involves in his project the Fiat workers, who adorn the social frame of the film, telling their stories and explaining their disheartenments. In this regard, Scola will declare: “Trevico-Torino” is born in Turin, day by day: we were absolutely sure we wanted to observe the condition of the Southern immigrants workers”.

Two years away from Ettore Scola demise, Turin pays homage to the director who captured its darkest corners, among social assistance, nights spent at Porta Nuova station and food bank. Trevico-Torino is a timeless story, because the camera shoots the eternal labour condition of the working class: an internal struggle between the craving of improving their life condition and the need to help their family with a salary. Scola coops up Fortunato in a vagabond state, at first on the assembly line, then at the sheets, at first revolutionary, then more sensible. An immigrant jostled by his “owners”, unable to integrate at school or at work: this film is dreadfully topical.

Trevico-Torino, presented in the Festa Mobile category of the Turin Film Festival, is one of the two restorations presented in the programming. In 2016, the film was proposed by the National Museum of Cinema, after the director’s demise, but the low quality of the film, due to wear damages and colours decaying, needed a necessary restoration. Two years later, with the collaboration of the Bologna Cinematheque, the Luce-Cinecittà Institute of Rome, the Audiovisual Archive of the Democratic and Labour Movement of Rome and the support of the Scola family, it was possible to enjoy this historical film, milestone of the documentation and the social denunciation of Italy in the years following the Economic Miracle.