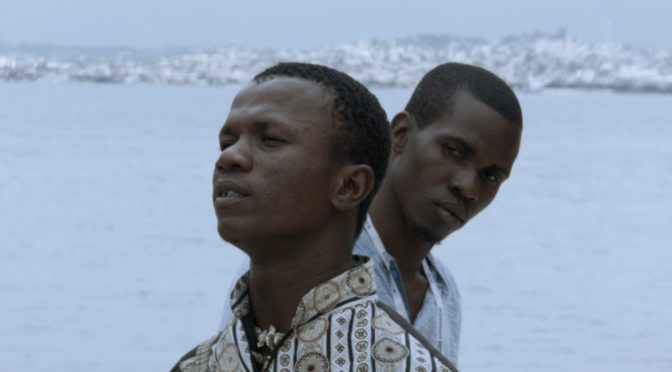 Every revolution opens the way to unlimited possibilities and presents a challenge to everyone’s ability to imagine a new future, hoping not to be let down. Let’s consider the example of the Haitian Revolution: almost simultaneous to the French one, it was the only slave insurgency that led to the establishment of an independent state, Haiti. The rest of its history is unfortunately known to be less glorious: a long, sad series of misfortunes, dictatorships, and economic and even natural disasters. More than two hundred years later, European directors Louis Henderson and Olivier Marboeuf come together with a group of Haitian actors to reflect upon the legacy of the Haitian Revolution through the story of one of its best-known protagonists, Toussaint Louverture. To tell his story they start from the ending, namely in France.

In fact, the starting point of this film is Monsieur Toussaint (1961), by French writer Édouard Glissant, a drama in which the revolutionary leader goes over his life during his last days in the French prison of Fort de Joux. Scenes of glacial white snow-covered Jura Mountains and the dark prison alternate with the images of a researcher who is reading some documents about the Haitian revolutionary. This is the first act, which is about half an hour long. There are two more – set in Port-au-Prince and stylistically different from the first one – which depict the process of translating and adapting Glissant’s drama. Here we are involved in the actors’ debates over Haitian culture and identity. In the meantime, Toussaint’s ghost returns to Port-au-Prince streets and some of the actors are possessed by spirits. The concept of proximity between the world of the living and the world of the dead, already featured in the pièce, here provides additional links to other recent films which talk about the ordeals and contradictions of post-colonial reality through stories of possessed bodies and ghosts from the dead – i.e. Atlantique (2019) by Mati Diop, but most of all Zombie Child (2019) by Bertrand Bonello.

Ouvertures revolves around the figure of Toussaint like a spiral, mixing and piling up images and concepts in an unrelenting work which makes for the most fascinating feature of this film. At the end of the day, it doesn’t matter if a three-act structure struggles to hold together in a consistent way the many suggestions presented in the film: what does count is the fractured, chaotic dimension the film guides us to ­– perhaps the only one that can host such a variety of concepts and codes (from theatre to rap music to Rara). Ouvertures acknowledges that art can only be deemed revolutionary by staying open to the unlimited possibilities it enables.