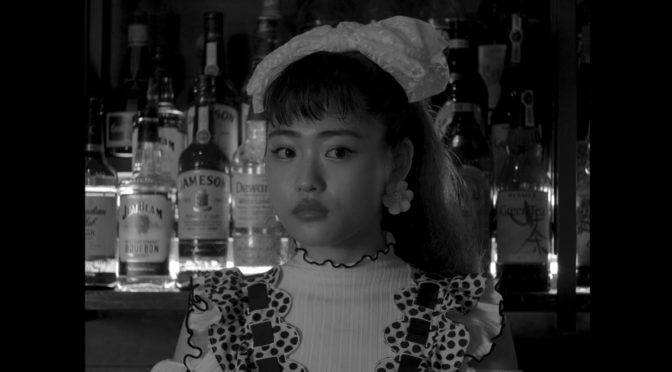 Extraneous Matter – Complete Edition starts as an intimist movie with a “modest” (but steady) black and white 4:3 format and the familiar image of a bonsai, followed by a close-up of a sleeping girl who, once she has woken up, makes herself some coffee. Later the film, once the episodic nature is revealed, unexpectedly expands its gaze and leaves the domestic dimension of the girl’s house (who is not the main character) to turn to other characters and to the big city. In this way, it extends its reflection to a universal dimension deeply related to the demons of the contemporaneity.

In this work, which was conceived during the first phase of the pandemic, the Japanese director Kenichi Ugana blends his previous short-films, converting them into chapters and exploring many of the (not just Japanese) Experimental Cinema’s topics of the second half of the twentieth century: the alienation, the incommunicability, the attempt to satisfy the unfulfilled desires, to overcome the emptiness that one senses inside the body through, specifically, the “extraneous matter” as the title says. The four episodes (Extraneous Matter, Coexistence, Propagation and Disappearance) articulate, indeed, the process of social emancipation of these lecherous and tentacled monsters which have invaded the city – and which become the real main characters of the movie – initially showing themselves threatening, and then proving to be completely harmless, even sweet. The second last snippet, while maintaining the ironic tone emerged in the previous one, is probably the most outspoken in delineating the subterranean critique that the movie addresses to the contemporary society, incapable of breaking down the taboos which it itself has erected.

In some cases by deceiving us, but mostly by charming us, Extraneous Matter – Complete Edition fluctuates silently, moving from the kammerspiel atmospheres to the cyberpunk universe (as in Tetsuo: The Iron Man by Shin’ya Tsukamoto), but also to the pinku eiga in the style of Takashi Miike or to the overseas body horror (Cronenberg, Henenlotter, just to name two), until the demented sagacious comedy (which, especially in the episode Coexistence, recalls Jim Jarmusch’s humour). By freely playing with genres in a new and essential way, in an osmosis that entertains the audience by alienating it regularly, Ugana harmoniously fits in Le stanze di Rol of the Turin Film Festival.