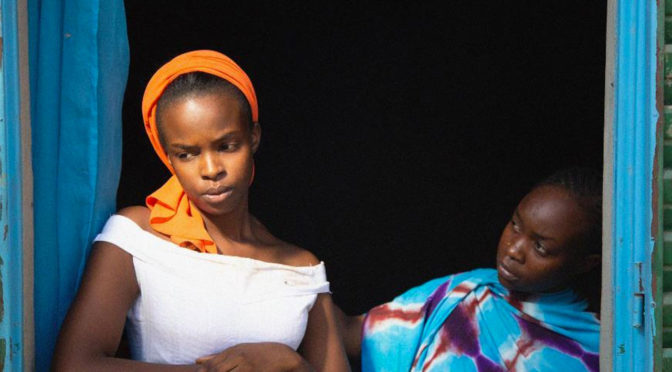 The Chadian word “Lingui” implies the precept of harmonic cohabitation between the members of a community. It is not specified by how many members said community should be constituted, and the harmony ruling their cohabitation can be broken by various types of factors. In the case of Amina (Achouackh Abakar), a hawker who sells baskets made from wire netting, and of her daughter Maria (Rihane Khalil Ario), the factor is the unwanted pregnancy of the latter, which could potentially destroy their lives. On the one hand, the terror of suffering ostracism from the conservative Muslim community which they are part of, on the other hand the prospect, even more terrifying, of the girl having an abortion against her will. Despite the apparent inability of achieving such a venture, Maria is determined not to keep the baby, and Amina will not be able to remain by her side.

Presented in Competition at the last edition of the Cannes Film Festival, and presented anew in the Out-of-Competition section at TFF39, Lingui by Mahamat-Saleh Haroun brings about a debate on several elements, but it focuses mainly on the tension experienced by Amina – a deeply religious woman who is, in turn, an unmarried mother – in front of her daughter’s will to resort to abortion, and on the anger of young Maria, who begins to harbour a visceral hatred towards the male gender (portrayed by Haroun as a conglomerate of panting animals, of vulgar and moralists “voyeurs”). The conflict between the two ends up becoming an all-powerful glue, which will allow them to overcome the difficulties that derive from pregnancy, and also to break their bond with the patriarchal society that oppresses them.

Haroun creates his mise-en-scene by working both on elegant, orderly static shots and on the movement originating from the hand-held camera, to symbolize the fury and the stillness of what is experienced by the two protagonists, who offer a performance that is as tormented as captivating. There are few moments of contemplative suspension for them, and if the events that start the story concentrate at the immediate beginning of the movie, the subsequent development is never rough but, on the contrary, is always rendered with extreme formal care. The two women, constantly at the centre of the scene, are indeed always positioned at the extreme edge of the picture, which confirms the total lack of handholds offered to them by both the closed community and the chaotic, muggy metropolis.

Despite their condition of submission and a seemingly homeless situation, the film ends with a chance of redemption not only for the protagonists, but for the female gender on its whole, by demonstrating the possibility of conquering a position of “power in the shadow of power” inside the community, finally ending up at the centre of the scene (and of the frame).