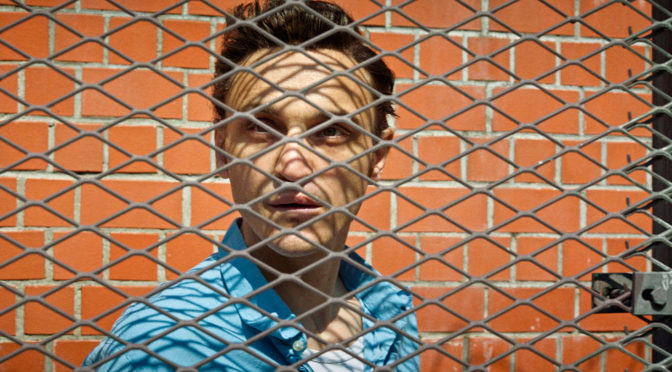 A match that lights up in complete darkness. This is the symbol on which Grosse Freiheit / Great Freedom, a film directed by Sebastian Meise in competition at the Torino Film Festival stands. It won the Jury Prize in the Un Certain Regard section in Cannes, and it will be presented by Austria as an Oscar candidate 2022.

Glimpses maintained over time and touches highlighted by close-up shots mark the Austrian director’s film, along with feelings expressed through passages of cigarettes, hidden messages in the pierced pages of a Bible and tacit words.

The film follows the difficult life of Hans Hoffmann (Franz Rogowski), who will carry with him throughout his life the stigma of paragraph 175 of the German penal code, in force from 1871 to 1994 in West Germany, where the film is set. The paragraph, criminalizing homosexuality, causes several times the imprisonment of Hans from the years of World War II, when he was interned in a concentration camp as a young boy, to 1968, the year in which the film began. The closed place of the prison dominates the screen most of the time, by setting the protagonist constantly in artificial and overwhelming panels. The few scenes not set in prison correspond to the few moments of past freedom that Hans constantly tries to regain, through the attempts to carry on impossible love stories and by keeping open the windows of the prison, in order to let in the light from the outside world. The only relationship that seems to last over the years is that with Viktor (Georg Friedrich), the first person Hans knows in prison, A relationship in which initial hatred and distrust gradually turn into something they both need, in a violent and alienating place like the one they live in.

Throughout the film, Hans believes in the need to give himself, in order to make happy the man he loves and he can only satisfy this need when, in the end, he has to deal with the truth: how will life be once he found freedom? Will he be able to feel free outside?

Hans’ personal and painful history brings out an important side of our collective history, which is too often relegated to the background. Sebastian Meise, with his character, focuses the spotlight on an open wound of humanity, which is sadly impossible to heal completely.