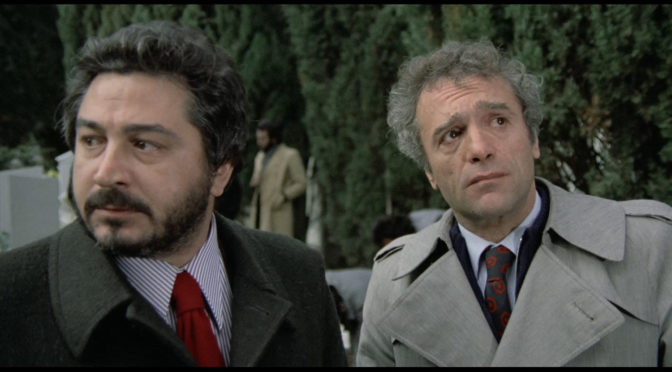 Thanks to the perfect restoration of the “Cinematography Sperimental Center”, particularly careful to the sound tracks editing (very important for the point of the movie), and the presentation in the “Back to Life” section of TFF39, the Turin audience was able to see, most likely for the first time, “Number One” by Gianni Buffardi (1973). The movie is pervaded by a conscious madness and clarity of purpose, often unknown to the “crime-genre movies”, which in that period filled Italian theatres

Although “Number One” is based on a real event, like many of the movies in the strand just mentioned, in telling the night club drug scandal that gives the name to the movie, Gianni Buffardi decides to avoid the classic rhetoric of justice to show, instead, a filtered vision of Rome City, caused by pessimism and existentialism that closely recall the atmospheres of Di Leo’s films. And it’s here that the confusion takes over: the numerous flashbacks cause narrative lines mixes, the characters begin to lash against each other and the whole is pervaded by a brutal humour that increases the disorientation feeling. Two scenes in particular show, through the wise use of sound, the intentions of Buffardi. In the first, the director mutes continuously the voices of the numerous characters inside the “Number One”, to introduce them through an endless series of looks in full De Palma’s style. If this scene put the viewer at a disadvantage, the latter does nothing but perpetuate this condition. During the dialogue between the lawyer and the policeman (Renzo Montagnani), essential elements emerged in order to understand better the plot. The two voices are overwhelmed by the noise of trams and cars driving on the street.

These two scenes do nothing but highlight the impossibility of clarity and resolution, both for the viewer and for the characters. The joint efforts of the police and the Carabinieri (a rare case) are not enough to fix the situation. In fact, excluding private justice ‒ another topos of the Italian police ‒ law enforcement can only set the bait, hoping that the criminals themselves will eliminate each other. But this perpetuates to infinity the feeling of powerlessness of those who are forced to live in cities ruled exclusively by chaos.